Judging equality at the BBC

The BBC’s gender pay gap is below the national average – but the broadcaster still has serious problems on equal pay and diversity. Jennifer Millins and Camilla Down examine the review the BBC commissioned a retired judge to conduct.

The BBC may have hoped that its reported gender pay gap of 9.3%, around half the national average, would bring some respite from the recent negative headlines it has garnered on the issue. However, this figure should not mask the findings of other recently published papers about diversity at the BBC, including its Equal Pay Audit (the audit). The data groups used, the analysis conducted and the legal outcomes are very different in each. In fact, when taking all the reports as a whole, the BBC’s diversity reporting gives women few answers and little to cheer about. 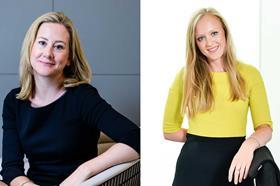 The BBC went to the lengths of commissioning Sir Patrick Elias QC, former Court of Appeal judge and president of the Employment Appeal Tribunal, to review both the audit and its Gender Pay Report (the report). His legal analysis was published, along with management’s response to the publications. Sir Patrick also concedes that the audit cannot ‘categorically establish that there is no discrimination against groups or individuals’, and that ‘there is always the possibility of discrimination in relation to particular individual cases’.

While Elias concludes that there is no systematic discrimination against women in the BBC’s pay arrangements, this comment does not relate to on-air staff, as most of this group was expressly excluded from the audit. Despite the public furore in July when the high-earners list revealed that of all staff paid £150,000 or more from licence fee revenue, only one third were women, the data published by the BBC is frustratingly opaque. The audit only deals with ‘graded staff levels’. Confusingly, this includes some on-air employees with staff grade employment contracts but not freelancers or employees on what the BBC calls ‘on-air talent contracts’. Conversely, we must assume that the report includes all employees on ‘on-air talent contracts’, as the Equality Act 2010 (Gender Pay Gap Information) Regulations 2017 (the regulations) require employers to report on all employees, as well as wider categories of workers. However, the BBC’s narrative is far from clear on this point. Further, the report is confined to BBC Public Service, excluding the BBC’s commercial entities entirely. The BBC has promised a separate review for on-air talent by the end of this year.

Both reports show a lack of women in senior roles. The BBC attributes most of its gender pay gap to ‘structural demographic’ issues (that is to say, a lack of women in senior roles: its ‘upper’ pay quartile comprises 62.2% men). A lack of senior women is a problem which can itself be caused by ingrained, institutional discrimination. However, in the BBC’s case, not only is there a lack of senior women, but those women are being paid less than the senior men. The pay gap favours men at the senior end and women at the junior end. The BBC’s only explanation for this is that perhaps the BBC is recruiting more men at a senior level (and if so, why?) or length of service. The BBC has said it will improve mentoring and development programmes, review recruitment practices and adopt consistent appraisal systems. It fails to explain why these simple, inclusive measures were not implemented long ago.

The BBC describes the gender pay gap that it cannot explain as a ‘residual pay difference’. It calculates this to be approximately 2% across the board. It attempts to explain this away by reasons including the ‘impact of market factors’ without providing any explanation as to what these factors may be. Elias concluded that there was no evidence that market forces meant that jobs with more women were paid less than jobs with more men. It seems unlikely that if non-discriminatory reasons for paying women less than men of the same grade existed, that the BBC would fail to provide any explanation. Elias concedes that the BBC’s residual pay difference ‘could be because of discrimination, perhaps historic’.

The audit showed 32% of jobs had differences between men and women’s pay for equal work in excess of 5%. Eversheds Sutherland investigated a sample of this 32%. Tellingly, it could not find a lawful reason for the disparity in nearly 9% of those it sampled. Among the remaining 91% of those sampled, it seems enquiries were only made of managers. Clearly, this approach is one-sided as one must assume that managers will defend their own decisions. It is even more implausible to expect them to confess to their own discriminatory practices or decision-making. The reliability of these enquiries is therefore called into question. It is likely that, in reality, the 9% figure should be significantly higher.

Elias criticised the record-keeping and lack of consistency in pay decisions. He confirmed that ‘it is important that procedures [at the BBC] are tightened up’. The audit acknowledged that many managers had left and their decision-making records were insufficient to provide any clarity now. Therefore, a wealth of evidence has either been lost or never recorded. So, feasibly, the non-discriminatory factors attributed by the BBC to its failure to pay equal pay for equal work may be misleading.

Gender pay reporting was introduced to encourage openness. Elias commented that a lack of transparency creates a general sense of unfairness and suspicions about the lack of fair process when making pay decisions. The BBC acknowledges that it needs to be ‘simpler, fairer and more consistent’. It is fair to assume that women who are receiving in excess of 5% less than the men doing equal work are not aware of this fact. Unless women can access data on their pay as compared to men, they will not be able to ascertain their position.

By April 2018, many employers will have published their own gender pay figures. Businesses should carefully consider their understanding of the data they gather and how they present and explain the figures. Gender pay data is publically available. It could be used by employees in support of equal pay claims if the data demonstrate that men and women are not receiving equal pay for equal work. Equally, if the data support allegations of less favourable treatment or of indirectly discriminatory practices, employers could open themselves to sex discrimination claims.

The BBC can be seen as a very public lesson to employers. Trumpeting an overall purported gender pay gap that is below the national average is only meaningful if the underlying data stands up to scrutiny. The BBC’s failure to properly include on-air talent in its gender pay reporting could be interpreted as an attempt to avoid publicising such stark findings following the media circus around the high-earners list. The concerns about opaque decision-making and a lack of a diverse pipeline coming up through the business are likely to resonate with many employers. Failing to fairly pay men and women doing the same work can create a lack of trust between an organisation and its employees. As well as potential claims, businesses should consider the severe reputational risks, both internal and external, which arise from an unconvincing, inconsistent gender pay report which lacks transparency.