Europe’s lawyers are doing sterling work to help with the migration crisis.

While the EU struggles to cope with the extraordinary migration crisis, so do European lawyers.

In a debate a few years ago within the Council of Bars and Law Societies of Europe as to whether we should include migration as one of the topics covered by a committee, there was little support. Now it is top of our agenda. A number of member bars are particularly active in providing direct assistance to migrants arriving in their countries. In no particular order, here are some of the initiatives.

In Sweden, the bar runs a pro bono project, where members volunteer to assist new arrivals with free legal advice. Teams operate at the country’s two major railway stations, Stockholm and Malmo, for at least two hours a day. Many who arrive are reluctant to seek asylum in Sweden and continue their journey to, say, Finland, without having had the opportunity to receive proper advice. The pro bono teams work next to a sign, and wear vests, advertising in English, Arabic and Dari that advice is on offer.

The Spanish bar has set up a register of more than 1,000 lawyers ready to advise those coming to the country on the implementation of the EU’s relocation scheme. The bar is also ready to send people to immigration ‘hot spots’, under an EU-wide scheme that many hope will eventually be established.

Legal advice is offered in other countries. The Frankfurt, Wuppertal and Berlin bar associations provide free legal advice to new arrivals. In Italy, the national bar ran the ‘Lampedusa project’ for six months last year in response to increased arrivals. More than 100 lawyers joined and the national bar provided training so they could advise on Italian, European and international law. The Budapest bar runs a dedicated page on its website with a database of those lawyers willing to provide pro bono legal assistance to migrants subject to criminal or other administrative proceedings in the country. In the local Bulgarian bars near the border with Turkey, almost all lawyers are involved in the representation of migrants.

Back in Sweden, the bar has started a mentor project for unaccompanied refugee children or young people. The 150 lawyer mentors introduce their charges to Swedish society and can be consulted on various questions. This is a social commitment and does not include legal advice or representation. 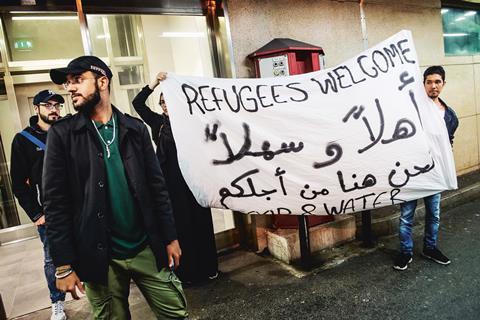 Of course, many bars are now setting up training activities around the law on migration. So far the emphasis has been on pro bono and free legal advice. That is because the legal aid available is usually very poor or non-existent and varies widely from country to country.

In Sweden, most people who apply for asylum are allocated a lawyer appointed and paid for by the Migration Board, although the lawyer is independent of the board and other government agencies. However, this does not cover those newly arrived in the country who have legal questions before they apply, such as how the asylum system works. This would normally have to be paid for, which is why the Swedish bar runs its pro bono project.

In Germany, providing the newcomers with assistance through legal aid is very unremunerative. The legal aid rate for giving advice is a flat fee of €35 plus VAT; if there is out-of-court preparation, the flat fee is €85 plus VAT (and no fee for advice) for the whole procedure. Even these small sums are often refused because lawyers are told that the authorities could have given the advice instead. If the case is subsequently held to be manifestly unfounded, the legal aid fee for representation is €280 plus VAT; if the case goes ahead, the sums paid vary between €435 and €780 plus VAT depending on whether there is an oral hearing.

In France, there is only legal aid for asylum appeals against a primary decision already made. And so on.

It is not only European lawyers responding to the call. The American Bar Association’s Rule of Law Initiative (ABA ROLI) runs a programme in Turkey to assist Syrian refugees. Supported by the US Department of State’s Bureau of Population, Refugees and Migration, ABA ROLI has trained over 50 local lawyers this year to assist Syrian refugees to exercise their rights under the Turkish legal system. They have developed an SMS-based legal helpline platform, which they would like to extend to other countries, in particular to refugees who take the western Balkans route from Turkey into the EU.

What is needed is proper EU coordination of all these activities. But this does not appear to be recognised yet by the EU authorities with appropriate funding. Until then, we have to rely on the sterling efforts of national bars and individual lawyers.