Regulate Facebook and Google, says Cairncross Review: but will it happen? 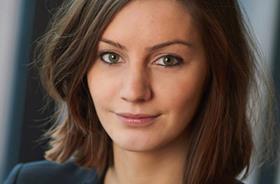 Following an 11-month study, Dame Frances Cairncross announced this week the findings of her independent review into the sustainability of high-quality journalism. Her 154-page report included a sharp indictment of the power imbalance between Google and Facebook and media publishers, and made a number of recommendations on how to safeguard the future of journalism.

Of particular interest to media lawyers was Dame Frances’ call for the UK government to regulate Facebook and Google news which, given their resistance to regulation to date, will no doubt go down like a lead balloon.

The uneasy relationship between tech giants and governments worldwide has been well documented. Since it emerged that the Russian government used Facebook to interfere in the 2016 US elections, calls for online platforms to be regulated have increased from all over the globe. Few have been as vociferous in their criticism as the UK government, their displeasure no doubt intensified by Facebook’s CEO Mark Zuckerberg’s refusal to appear before the House of Commons Digital, Culture, Media and Sport Committee in November 2018.

So when former journalist Dame Frances Cairncross was tasked by the UK government with this independent review into the sustainability of high-quality journalism, no doubt there were many who were rubbing their hands with glee, at this golden opportunity to impose some restraint on companies who, it was felt by some, appeared to operate above the law.

The Cairncross Review’s remit included examining the role of tech giants in the distribution of news online. It acknowledged that there had been a tectonic shift in the way people now consume news: the Reuters Institute for the Study of Journalism’s Digital News Report 2018 shows that 74% of UK adults read news each week via an online source (including social media). It also found that although people may search directly for news online, increasingly they find news through their social media feeds and online platform search results.

News content found in this way is often flanked by other low grade online content, including gossip and gaming, to increase online traffic (also known as clickbait). This approach by Google and Facebook has meant that they accounted for a staggering 54% of UK online advertising revenues in 2017.

This new trend begged the question whether these online platforms have a responsibility to help protect us, the consumer, by taking steps to ensure the quality of the news we are consuming. In circumstances where the publication of Fake News is becoming all too prevalent (last year, for example, it became received wisdom in some circles that a captured Islamic State leader had former US President Barack Obama on speed dial), should Google and Facebook be doing more?

In short, the answer was ‘yes’. Dame Frances found that online platforms ’have a responsibility… to monitor the availability of unreliable news online, to increase users’ understanding of the origins and trustworthiness of different news sources, and to nudge people towards reading news of high quality’.

There remains of course a more fundamental question of whether online platforms should be held liable for the content they host, but Dame Frances left this debate for another day.

Dame Frances accepted that each online platform should be left to devise solutions particular to their users but, notably, recommended that their efforts to comply with what she calls the ’news quality obligation’ should be placed under regulatory scrutiny. She found that ’this task is too important to leave entirely to the judgment of commercial entities’ - read: multinational organisations cannot be trusted to have their consumers’ best interests at heart. The extraordinary level of Facebook and Google’s online advertising revenue has obviously not escaped Dame Frances’ attention, and she also suggests regulation to address the resultant market power imbalance.

Tackling the question of how to implement her recommendation, Dame Frances posited that, at first, the only responsibility of the regulator would be to gather information on the steps the platforms are taking. If it became clear over time that the online platforms’ efforts are failing, she warned that ’stricter provisions’ may be necessary. The question of what sanctions, if any, would apply for non-compliance was notably omitted. In the long term she envisaged that the regulator would develop, in collaboration with platforms and with input from publishers, a set of best practice guidelines for how news content should be presented on online platforms.

And so it seems that the UK government may move to put a dent in the tech giants’ armour. Damian Collins MP, Chair of the Digital, Culture, Media and Sport Committee, who we know has history with Facebook, this week jumped at the chance to stick it to the tech giants, suggesting that ’the requirement for social media companies to introduce such measures could form part of a new system of content regulation on these platforms, based on a statutory code, and overseen by an independent regulator, like Ofcom.’ We can already see Facebook squirming in its chair.

But perhaps they need not be too concerned. The wheels of change in government can be slow: responding to Dame Frances’ recommendations, culture secretary Jeremy Wright said: 'there are some things we can take action on immediately, while others will need further careful consideration with stakeholders on the best way forward.’ This somewhat opaque response sheds little light on the UK government’s next steps, but one thing is clear: it will be a bold government who tries to shackle the tech giants.