The demise of local justice

'I have had clients who have told me that they cannot afford to travel from the west of the county to Ipswich and would wait to be arrested on a warrant. This is the reality of centralising courts and the demise of local justice’ - a defence advocate in Suffolk on the impact of the closure of Bury St Edmunds Magistrates’ Court. 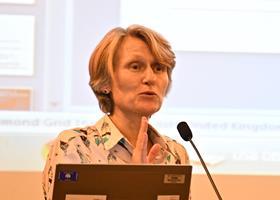 The government has closed 258 courts since 2010 and looks set to close hundreds more as part of its plan to ’transform’ court and tribunals. Despite local opposition, Bury St Edmunds and Lowestroft magistrates’ courts were closed in 2016 leaving only one magistrates’ court for the whole of Suffolk (1,466 square miles) in Ipswich. The Police and Crime Commissioner and the leaders of local authorities commisioned research on the impact, which has just been published and is the first academic analysis of court closures.

The closure of Bury St Edmunds Court seems to have had a particularly damaging effect on access to justice. People who live in West Suffolk can easily take more than two hours each way to get to Ipswich and travel costs have in some cases doubled – from one locality it now costs £38.25 to get to court and back. Defence advocates tell of defendants and witnesses having to say in hotels in order to get to Ipswich court on time.

The difficulties and expense of getting to court are stopping people – defendants and witnesses - turning up. The researchers found that the rate of FTA (failure to appear) had risen steeply from the Bury St Edmunds area from 2.7% (in a six month period) before the closure of the court to 12.8% afterwards. Defendants failing to appear incurrs huge costs in wasted court time, in processing a warrant for the arrest of the defendant, arresting them and keeping them in police custody. Ipswich court officials say they’ve saved £78,000 in two years but their calculations don’t seem to include the cost to the public purse of FTAs, nor of public sector workers from West Suffolk having to spend more time and money travelling to court.

The court closure has impacted on the viability of defence solicitors from Bury St Edmunds taking on criminal legal aid work, and of magistrates from the West Suffolk continuing to sit. Meanwhile Ipswich Magistrates’ court is straining to cope with the extra demand. Advocates complain of a shortage of consultation rooms and in mid-winter described a sorry scene: 'There is no heating in the building at the moment because the boiler has been broken. The toilets have had blocked drains. All these have given an impression that the building is not fit for purpose, which undermines public confidence in the criminal justice system.'

HMCTS says that video technology and virtual courts will solve such problems - that witnesses and defendants will gladly appear by Skype from their own homes. Maybe. But these changes are years away. Meanwhile areas like rural Suffolk are suffering from recent court closures. And the wider costs of the destruction of local justice are racking up.