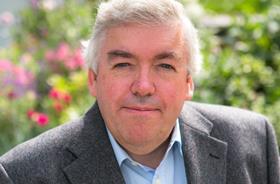 In the last two decades, governments have shown regular signs of interest in intellectual property laws. Apart from the Hargreaves Review of 2011, we have had the Gowers Review (2006), the Witty Review (2013), and the McMillan Review (2016).

None of these reviews has led to any fundamental change. There has been some tinkering at the margins, particularly with respect to ’exceptions’ to copyright, for example to allow caricature and parody, and data mining for research purposes. In the grand scheme, these changes are trivial, and hardly justify the expense and time that independent reviews involve. The IP Law Committee of the Law Society, which I used to chair, has spent hundreds of hours in preparing comments in response to consultations on changes to IP law.

Or perhaps the greater political interest in copyright reflects the greater opportunity to change copyright law than exists for certain other types of IP. Some IP laws are harmonised by international treaties and conventions. The scope for further tinkering with UK copyright law may increase after Brexit, if the UK is no longer bound to follow EU legislation in this field.

Rather than make minor changes to what is protected by copyright, in my view there is a more fundamental set of changes to IP law that could usefully be made.

When I was the chair of the IPLC, I tried to encourage thinking about IP policy as covering three distinct, but equally important areas:

1. creation and, where possible, registration of the IP;

IP laws, and proposals for changing those laws, have tended to focus on the first two areas – obtaining and enforcing IP. Relatively little attention has been given in IP legislation to the rules governing IP transactions.

A simple illustration of this point is the number of sections of the Patents Act 1977 that deal with transactional issues. Of 132 sections, only four are directly concerned with transactions.

Yet arguably the most important reason for having IP laws is to enable the owners of IP to enter into commercial transactions such as licensing. As the Hargreaves Review noted, global trade in IP licences  is worth more than £600bn a year.

If the government wants to use IP policy as a driver for economic improvement, then it would be better to direct its attention to the law governing IP transactions, rather than the traditional areas of obtaining and enforcing IP.

It could start with a really radical change. If you create IP and assign it to someone in return for royalties, shouldn’t the obligation to pay royalties be binding on any subsequent owner of the IP?

In case you think this is too radical a change to English law, consider the following two areas of law where something similar happens.

It seems unlikely that the courts would develop the law in such a bold way in the twenty-first century. If such a change is to be made, it probably needs to be via legislation.

My second example is in the IP field, and concerns the so-called artist’s resale right. The Artist’s Resale Right Regulations 2006 were introduced in the UK to comply with EU law. The regulations include a provision that reads: 'The author of a work …shall …have a right …to a royalty on any sale of the work which is a resale subsequent to the first transfer of ownership by the author.'

'Work' is defined in the regulations to refer to various type of artistic work protected by copyright. The resale right continues for as long as copyright subsists in the work.

A similar principle could be applied to other types of copyright work or to IP more generally. Whether this is achieved by a continental-style resale right, or by an extension to the rules on covenants attaching to property, would be for the legislature to decide. As would the policy decision of whether the right should be for the first author or first owner.

There are many other changes that could usefully be made to English law, with a view to enhancing international trade in IP. I would like to see a comprehensive code for IP assignments and licences, similar in concept to the Sale of Goods Act 1979. First, though, we need to persuade the government that this is an area that is ripe for change.

Mark Anderson is a solicitor, a visiting professor at the Institute of Brand and Innovation Law, University College London, and the editor of Technology Transfer (Bloomsbury Professional, 4th edition in preparation).