It is a seemingly immutable reality of regulatory proceedings before the SDT that the SRA is exempt from adverse costs orders except in the clearest cases of unreasonable prosecutorial conduct. The rationale has historically been a perceived need to protect the SRA in costs when it reasonably pursues a case under its statutory duty to regulate in the public interest. 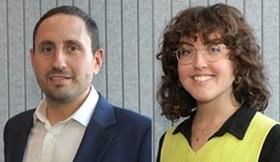 The principle was most recently applied by the SDT in the recent high-profile case of SRA v Ellen. The SRA’s allegations against Ellen were found unproven and Ellen applied for an order that the SRA pay her costs of successfully defending the allegations. The SDT declined to make such an order, meaning it was still for Ellen (or, more precisely, her insurers) to foot the bill of £534,000 in her own legal costs.

Since that decision, commentators have highlighted the public interest rationale as being the continuing driver, whilst fairly querying whether the justification for such an approach still hold.

We believe strongly that it cannot – at least, that is, to the extent that it does and without far greater flexibility in favour of respondents. This is not only for the reasons quite properly underlined by those commentators but also due to systemic changes that have taken place since the principles were enshrined that significantly inform the urgent need for change.

When the existing position as regards solicitors’ costs was enshrined in SRA v Baxendale-Walker in 2008, the minimum terms and conditions of professional indemnity insurance cover still required insurers to include cover for regulatory defence costs. That cover at least ensured that it was insurers – funded by a wide premium pool of compulsory premiums from the thousands of practices required to take out indemnity insurance on at least minimum terms – who footed the bill for a solicitor’s successful defence of SRA prosecution. While that structure offered the SRA protection from adverse costs orders in the event a prosecution failed, it also protected the individual solicitor from having to stump up sometimes crippling legal fees for defending their career and reputation.

Since then, the SRA has seen a slew of high-profile defeats, costing successful respondents millions of pounds in defence costs; while the SRA’s decision to remove regulatory defence costs from minimum insurance requirements in 2010 means there is no longer that ready pool of premiums for insurers to rely on in covering for these costs.

These matters, together with the SRA’s enthusiastic approach to prosecution (and consequent claims by firms on policies taken out to fill the gap left by the changes to minimum terms) has led to a desolation of the insurance market for such cover.

The result is that it is only infrequently that respondents to SRA investigations and prosecutions have the benefit of insurance. Everyone else faced with an investigation or potential referral to the Solicitors Disciplinary Tribunal, will have to consider their means, aware that the legal costs can amount to hundreds of thousands (and, exceptionally, millions) of pounds and they are highly unlikely to recover these costs even in the event they are successful.

This inequality of arms manifestly gives the SRA the whip hand from the outset not only of a prosecution but of any preceding investigation. For many in the profession, it is completely unattainable to meet such legal costs. This rings particularly true for those more junior in the profession and those working in smaller law firms with typically significantly less pay than in City law firms.

The fact that even in the event of a successful defence the respondent usually has to pay their own costs, further distorts their positionality against the SRA and can serve as an additional barrier to pursuing a defence - regardless of its potential merits. While it is clearly important for the SRA to meet its duties as regulator of the profession in the public interest, it is also fundamental in the interests of fairness for the respondents to be in a position to put forward their defence with appropriate advice and support - and for the system to facilitate them doing so.

A step in the right direction would be to ‘arm’ solicitors with protection in the form of financial support for obtaining legal advice and representation in SRA investigations and SDT prosecutions.

This would not inhibit the regulator’s duty to regulate the profession to protect the public but would ensure those facing an investigation could fairly form a response on advice, with the assurance that comes with knowing their own legal costs are covered to some degree or in their entirety (regardless of the outcome). Respondents would still face the significant jeopardy of an adverse costs order for the SRA’s costs in the event their defence failed.

The profession has, to date, been unable to unionise sufficiently to be able to address this invidious collective position. Our contemporaries in the medical profession, through the 'no costs' jurisdiction of the General Medical Council and bodies like the Medical Defence Union, have greater comfort. Such radical and systemic change may not feel realistic but we owe it to ourselves and each other to strive for workable solutions.