One of the country’s top sports lawyers has been cleared of allegations that she was responsible for using a firm’s client account to pay third parties involved in football transfers.

Liz Ellen, now director of specialist firm Livida Sport, was alleged to have ‘caused or allowed’ Mishcon de Reya's client account to be used as a banking facility for five transactions while she was at the firm between 2011 to 2015.

Last month, the Solicitors Disciplinary Tribunal heard that the multi-million-pound payments were made to so-called ‘deal wreckers’ who could prevent a transfer and that Mishcon was seen as a reliable go-between by both the agents and the football club involved.

Announcing the tribunal’s decision today, chair Andrew Spooner said the allegation against Ellen – who, he said, was a ‘relatively junior solicitor at the time’ – was that ‘she caused or allowed payments to be made into and from the firm’s client account in circumstances amounting to the provision of a banking facility’. 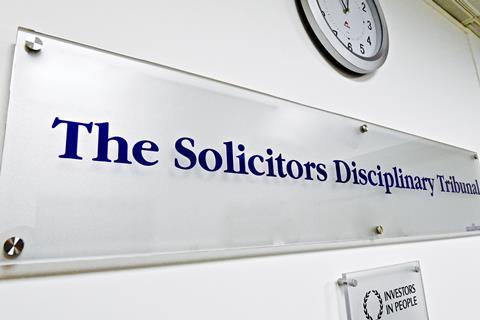 Ellen was cleared of all allegations by the Solicitors Disciplinary Tribunal

In relation to the allegation Ellen ‘allowed’ the payments, the tribunal held that Ellen ‘had no power to authorise the payments and that she could not be said to have allowed them’.

As to whether Ellen ‘caused’ the payments to be made, Spooner said: ‘The requests for payments had been made in circumstances where they firstly had to be authorised by the matter partner and thereafter by the authorising partners.

‘The matter partner and authorising partners were each responsible for ensuring that any payments were made in compliance with the solicitors accounts rules. In these circumstances, we find that there had been a break in the chain of causation such as it could not be said that Ms Ellen had caused the payments to be made. As such, we find that [Ellen] neither caused nor allowed the payments to be made.’

Mishcon previously admitted accounts rules breaches in relation to four of the five transactions, admissions Spooner said were ‘properly made’.

But he added that the tribunal found an allegation in respect of the fifth transaction proved ‘as we do not accept that payment of monies by [Mishcon] was a necessary part of the legal services provided or that lack of trust between the parties altered the status of receipt of payment of monies such that the firm was not in breach of the banking facility rules’.

Addressing the tribunal on the question of sanction, Mishcon’s barrister Chloe Carpenter QC said the firm ‘very much regrets and apologises for the breach’, which she said was ‘unwitting’.

Ellen's solicitor, Simon Morgan, partner at Barnfather Solicitors, commented: 'Ms Ellen welcomes the tribunal’s decision, dismissing the allegation made against her. The matter dates back over 10 years when Ms Ellen was a junior solicitor working under the direct supervision of experienced partners at the firm. In the ensuing period she has forged a reputation as one of the UK’s top sports lawyers. She has and always will continue to take her regulatory obligations seriously.

'Ms Ellen is grateful to her legal team of Richard Coleman QC, Marianne Butler both of Fountain Court Chambers and Barnfather Solicitors for their support throughout this challenging time.'