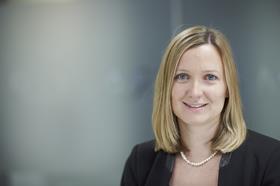 There is a ’partner gender pay gap’ in some law firms. Partner pay is often one of the mysteries in law firms and this lack of transparency can mean any gender pay gap is hard to detect, internally and externally, and therefore to tackle. The gender pay gap as a whole is well known. Current estimates indicate that the gap is the equivalent of women working 67 days for free each year compared to male colleagues. The fast approaching gender pay gap reporting deadline is going to shine a spotlight on employers across all sectors. In our own sector, as with the majority of the 9,000 employers who will need to report their data, many firms who are caught by the reporting obligations (where they have 250 or more employees) have not published their data, therefore we expect more information to be available as the 4 April deadline approaches.

Partner pay does not have to be included in gender pay gap reporting. LLP members fall outside the scope of the regulations (except when assessing if an employer has 250 or more employees). Firms are not expected to voluntarily report on their partner pay gaps and whilst some are, I would expect such a step to be taken only by those who have small gaps. Firms with large pay gaps at partner level will perhaps be more inclined to maintain some secrecy, even if they’re also taking steps to reduce the gap.

We know from our work advising firms and partners that this pay gap exists. But we wanted more than anecdotal evidence. In our survey of female partners and directors in law firms, just over one third of respondents told us they know they are paid less than similarly performing or less well-performing male partners in their firm. Even within departments, over a quarter of female partners say the same is true. In both cases an absence of transparency in profit share allocations means a further one in five female partners simply don’t know the answer.

We have seen recently how quickly the tide can turn on employers relating to issues of both sexual harassment and equal pay, with Hollywood, Westminster and the BBC all under attack. These stories are creating headlines and forcing dramatic change. Our survey results provide a glimpse into the secretive world of partner pay. How long will it be before the black box adopted by some firms becomes an unsustainable model and firms are forced to adopt a more transparent and fairer approach to partner pay?

In our practice we see first-hand how partner pay disparity in some firms can be damaging to firm culture, morale and the ability of firms to recruit and retain talent, not to mention the risk of a discrimination claim brought by a partner against the firm. But firms don’t have to wait for this to be something that is forced upon them. They have the opportunity to get ahead of the game. Proactive efforts to identify and address female partner pay disparities can and should be made now, even if LLP members are excluded from the gender pay gap reporting requirements.

Identifying the disparities is only part of the picture, though. Our survey points to some of the factors which contribute to the partner pay gap - information, which can help firms identify the practices having a detrimental impact on female partner pay. According to 38% of respondents, women with childcare responsibilities are disadvantaged by their firms’ contribution criteria. A third tell us the criteria disadvantage women returning from maternity leave. In our own experience of advising firms and female partners on these issues, return from maternity leave is often a critical point where many firms can unwittingly expose themselves to a discrimination claim. Female partners frequently return to find clients being managed by other partners, meaning they must start to build up their practice again. Access to business development opportunities and internal work referrals were also cited as favouring men.

When we asked for other reasons, a number of responses independently pointed to an institutional bias against female lateral hires at the very start of the relationship – with women sometimes starting lower down on the ‘lock step’, management unwilling to reduce the remuneration of underperforming male partners and old fashioned societal views of women relating to marriage and motherhood.

These are complex issues. Many firms have been addressing the cultural issues affecting female pay and progression for a long time and well before the gender pay gap reporting regulations came into force. This trend will likely see welcome acceleration as gender pay gap reporting impacts employees at all levels, but our survey reveals that there is still some distance to go.

The extent to which any changes will filter up to partner level is unknown. Some firms are taking steps. Those firms have recognised the detrimental impact unequal pay can have on a firm internally and externally. For their own sake and for the sake of creating a fairer and more equal profession, which leads the way in addressing this issue, firms should take meaningful steps now to tackle the partner pay gap and its root causes.

Sarah Chilton is a partner at CM Murray LLP. She is speaking on the panel at an event on 14 March on the partner gender pay gap, organised by the Professional Practices Alliance.