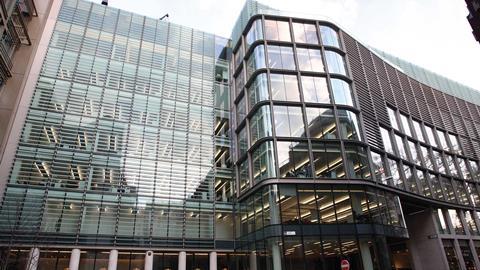 Nobody told Susan (not her real name) that it was going to be easy to qualify as a solicitor. But then neither did anyone warn her that it would be quite so harrowing. It all began normally enough, with Susan gaining a law degree before working in private practice as a legal executive for almost 20 years. It was in 2012, she says, when she decided to ‘finish off’ her training by - at long last - qualifying as a solicitor that life conspired against her.

She first went through what she describes as a ‘horrible divorce’ from a ‘violent husband’. The divorce, she says, ‘scuppered my credit rating’ and left her a single parent with no real income. Her only option was to apply to the Law Society’s Diversity Access Scheme (DAS) for money to fund her legal practice course (LPC).

She sailed though the initial selection process and was summoned for an interview. So far, so good, except her mother – who had been in intensive care – died two days before the interview took place. ‘The DAS interviewers were very understanding,’ says Susan. ‘They passed the tissues when I burst into tears and gave me time to compose myself before continuing.’

She made it through, received funding for her LPC, advice from a mentor and a work experience placement, all arranged by DAS, and cleared the last hurdles to qualification. She was admitted to the roll in November 2014 and now works at a law centre. Susan’s story is typical in that social mobility lies at its heart. A lack of money and the right social background were barring her from qualification, and DAS cleared the way.

Leila Lesan, Law Society social mobility and wellbeing policy adviser, tells the Gazette that typical DAS candidates are likely to be the first in their families to go to university. They have neither rich parents nor contacts in the profession, and yet all of them have the advantage of being talented and determined to succeed against the odds, says Lesan.

DAS makes 10 awards every year, and this year will also be offering a training contract at a law centre to a candidate who is already working at one. ‘The latter, which we are calling DAS Plus, will be supporting the social advice sector,’ she says. ‘This is a sector that has been particularly badly affected by cuts to the legal aid budget.’

Lesan adds that DAS is funded by the Law Society charity, by donations from law schools and by corporate sponsorship from, among others, law firms Withers, Hogan Lovells, Eversheds and Reed Smith, and by Royal Bank of Scotland, Aviva and BP.

Withers human resources manager Simon Luckett says that he feels ‘quite passionate’ about DAS. ‘Social mobility is not covered by the other anti-discrimination employment laws,’ he says.

‘There are rules about gender, sexual orientation, race, religion and disability, but nothing about being born into a low socio-economic group. We used to have the articles route to qualification, but that’s largely gone and has left the profession even more inaccessible to people without money. DAS sets out to even the playing field. It’s a fabulous idea that’s doing something positive in an area where little has previously been done.’

Luckett continues that Withers contributes £5,000 a year to DAS, which is the cost of an LPC place at law school. The firm also provides vacation placements. ‘It’s not just about giving money,’ he says. ‘We back it up with work experience.’

Endorsing Luckett’s point, former DAS candidate Tanny Massaquoi is now in the second year of a training contract at Withers. She says: ‘The interview for the DAS was the single scariest thing I have ever done – it was like a cross between an interview for a training contract and seeing the bank manager. It was also the hottest day of the year. I was invited to take off my jacket, but didn’t dare, just in case.’

Massaquoi was accepted on to the scheme with a partial scholarship for her LPC. However, the mentor to whom DAS introduced her, she realises, was at least as important to her career prospects as the money. She explains: ‘I had been applying to City firms and repeatedly being told that my academic background was not strong enough – I’d got an upper-second from City University, not from Oxbridge, and I’d gone to the local comprehensive, not to a fee-paying school. Also, the practice areas that I was most experienced in – family, mental health and criminal law – were not what City firms were looking for.’

Her mentor, a corporate lawyer at a City firm, had also gone to City University and had also been told that it was the wrong sort of university. ‘He was inspirational,’ says Massaquoi. ‘He showed me how to be proactive and highlight my skills. He taught me that I was not the wrong person for all City firms, but was simply applying to the wrong City firms. He told me to keep trying until I found the right fit.’

That ‘right fit’ was Withers, to which she applied independently of DAS and which gave her a training contract on her own merits. Massaquoi has since reciprocated by, in her own words, ‘giving something back’. She now gives presentations at City University and mentors law students there.

Keiley Broadhead, who is halfway through a training contract with the London Borough of Enfield’s legal department, is another inspirational DAS alumnus. She tells the Gazette that she was made homeless aged 16 years and has spent the intervening time in housing association accommodation. The lawyer who helped her find somewhere to live made her recognise, she says, how lawyers can shape lives for the better and she determined upon a career in the law.

She found work with Enfield’s youth offending service and also gained some experience with housing law. ‘I was already doing my law degree,’ says Broadhead, ‘before I found out how expensive the LPC was. I had the drive to be a lawyer, but getting a loan for the LPC was impossible because I had no credit rating and no parents to guarantee any borrowing. It looked like money – or the lack of it – was going to block me from fulfilling my ambition.’

She applied to DAS, which exists, she says, to ‘help people who have overcome exceptional obstacles’. Her application was successful and she is now on the verge of qualifying as a solicitor.

Jayne Middleton-Albooye, Enfield’s head of legal, tells the Gazette that DAS was so good for Broadhead that the council is going to support all future work experience placements that DAS puts forward. ‘We hope that Keiley will become a role model and buddy to help others overcome obstacles,’ she says.

Middleton-Albooye adds: ‘From the local authority point of view, we would always support equal opportunities. And from a personal point of view, I was also from a disadvantaged background and am keen to give all the support I can.’

Keith Etheringon, Law Society council member and a senior associate at the Manchester offices of national firm Slater & Gordon, is on the panel that selects successful DAS candidates. ‘This is the best work I do in Chancery Lane,’ he says. ‘It is all about supporting people to overcome problems that are not of their own making.’

He adds that he takes three days’ annual leave each year to sift through the applications and conduct the interviews. ‘We must be sure that the person we choose has what it takes to stay the course and qualify. Candidates have to write an essay, demonstrate a commitment to the profession and show a facility for critical thinking.

‘Crucially, they must also prove a need. It is not enough to come to us and simply say they don’t want to take out another loan. That’s not enough. They must have a pressing need for financial and mentoring support.’ Etherington adds that it is all too easy to allow someone’s difficult background to overrule other factors, such as academic ability and skill at presenting complex legal arguments in a coherent manner.

He concludes: ‘There was one woman whose family did not even know she was at the interview. She had read for her law degree in secret because her family did not allow women to be educated. Such tenacity and passion to qualify is incredibly uplifting.’