4
Financial services: beyond the point of no return?
Features

Financial services: beyond the point of no return?

As part of a special focus on Brexit: The deal and no-deal implications for finance.

The City has grown to become one of the largest global financial centres, attracting consumers from all over the world. It remains to be seen precisely what impact Brexit will have on the City and beyond. This will depend on the basis on which we leave the EU and more particularly on the terms of any future relationship. We need to understand the problem, as well as the nature and timing of potential solutions. 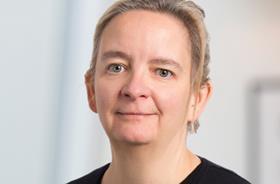 Shortly after the referendum result, the City (via the International Regulatory Strategy Group and the relevant trade bodies) identified the problem: the potential loss of passporting. It also identified its preferred solution, a broad free trade agreement facilitating mutual but licence-free access. The City sought early notice of a transition period to avoid both a cliff edge and relocations that might turn out to be unnecessary. During this transition period, new arrangements would be negotiated allowing the continuation of licence-free access. As long as there was no gap between transition and the new deal, relocations could be kept to a minimum.

But with only weeks to go before ‘exit day’, firms still do not know if there will be a transition period. As a result regulators, as you would expect, require firms to have developed and implemented their contingency plans by 29 March.

In order to trade with clients in the EU, UK firms currently rely on a ‘passport’ entitling them to operate across the EU based solely on their UK authorisations (for example from the Prudential Regulation Authority or Financial Conduct Authority). This right derives from various single market directives and so will cease on the day the UK exits the EU. The question that such firms have to ask themselves is: does my EU business (for example business done from an EU branch or with EU clients) require a local licence? If the answer is ‘yes’ then, like many of the larger firms with significant EU business have already done, they may have to set up an EU entity and obtain local authorisation to continue to passport around the EU. This requires not only an application to be submitted and authorisation granted, but the subsequent transfer of relevant EU business to be transferred to that entity by the relevant deadline. In some cases this involves novation of customer contracts, which often requires consent. It has been reported that some customers have yet to give such consent. They may be taking a ‘wait and see’ approach and hoping for a transition period.

For smaller firms or firms with less EU business, it may not be cost-effective to create an EU-regulated subsidiary. 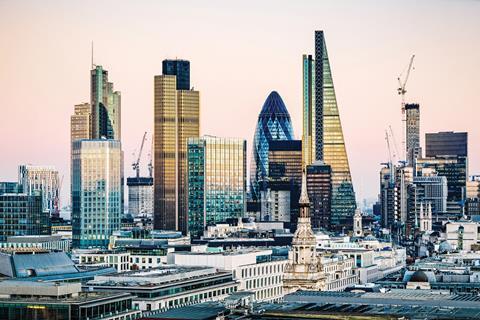 Such firms will need to consider the extent to which any EU business which has not transferred can continue to be served from the UK. Pre-existing exemptions might help. Specific ‘Brexit exemptions’ are being developed by some EU countries but there is no consistent approach to this and many EU jurisdictions have yet to publish them or even decide whether they are necessary.

Without exemptions it may not be possible to continue to serve certain EU clients and, in some cases, the relationship may need to be terminated. Otherwise firms may be committing an offence and contracts may be unenforceable as a result. This is the so-called contract continuity issue.

Of course, the Withdrawal Agreement may still be agreed and implemented into law, creating a transition period of 21 months. This would alleviate the pressure on those whose contingency arrangements have yet to be finalised.

In addition, during the transition period the next stage will be to develop the future relationship. The Political Declaration will be the starting point and that proposes a deep and ambitious partnership. The City has been lobbying hard to ensure this provides licence-free access which would give some of the benefits of passporting. If such a deal can be reached, transfers of business to EU subsidiaries may be unnecessary, at least not in every case. Many businesses, I am sure, hung on until the last moment but they will now, at least to some extent, be beyond the point of no return. That said, there is a difference between relocating the facilities, staff and capital that had to be transferred simply in order to cope with the loss of passporting and the volume of transfers that will happen over time in the event of no deal.

The job losses that are now thought to be baked in as of 29 March are estimated to be in the region of 5,000-8,000. These are lower than initial estimates. In part that may be because they ignore local hires as opposed to actual relocations. In any event, they may represent the tip of the iceberg in terms of the jobs that will be created in the EU rather than the UK in future. On a recent trip to Frankfurt an industry representative told us that for every ‘banking job’ transferred another three were created around them. The reverse is true for the UK, obviously.