As part of a special focus on Brexit: The deal and no-deal implications for finance and sanctions.

The UK’s departure from the EU will disrupt the implementation of financial sanctions globally. We predict: EU-UK sanctions policy coordination; a step-up in UK enforcement of sanctions legislation; a proliferation of UK sanctions litigation; and commerce bearing the chilling effect of conflicting sanctions regimes and compliance costs. UK sanctions policy post-Brexit will steer a careful path between the need to coordinate with the EU, US and UN and the desire to further the UK’s own sovereign interests. The UK’s EU relationship is central to this balance. The EU has framed this relationship in the language of convergence, clearly hoping for policy alignment. Conversely, the UK has expressed itself in terms of equal footing – language reflecting cooperation, but not alignment. 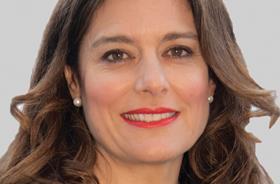 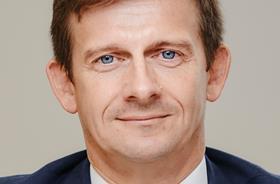 The UK’s new legislative sanctions structure borrows heavily from the US, with whole categories of persons designable for broad purposes, and correspondingly wide licensing powers. However, sanctions are also trade instruments of foreign policy –and future UK foreign policy positions are likely to be closer to the EU than to the US. The UK has taken adversarial positions to the Trump administration on the major issues of the Iran Joint Comprehensive Plan of Action (JCPOA) and the Paris climate change agreement. There are also differences between the UK and the Trump administration vis-à-vis Russia.

Three years ago, the UK created a new sanctions enforcement body, the Office of Financial Sanctions Implementation (OFSI) but as in the EU, the level of enforcement of sanctions policy in the UK remains low compared with the US. Under the Police and Crime Act 2017 and the European Union Financial Sanctions (Amendment of Information Provisions) Regulations 2017, OFSI has increased powers to impose heavy financial penalties and enter deferred prosecution agreements. Despite a reported 133 sanctions breaches in 2017, OFSI has imposed only a single penalty, in 2019. OFSI appears focused on liaison, strengthening the private sector as the first line of sanctions defence and enforcement mainly through guidance publication.

Post-Brexit, the UK may consider moving away from an aggressive sanctions policy to avoid capital flight from the City of London. Nevertheless, given the importance of UK financial services to European businesses, the UK is likely to be tempted to use sanctions enforcement to continue to influence international politics. Post-Brexit, UK views on foreign policy are unlikely to wield their current gravitas – financial sanctions enforcement is one way to impose the UK foreign policy agenda. Enforcement by OFSI is therefore likely to increase.

The Sanctions and Anti-Money Laundering Act 2018 (SAMLA) will introduce a new dispute resolution regime on Brexit day. Where the General Court of the EU once adjudicated designation and relisting disputes, a domestic administrative process and judicial review mechanism will instead assume jurisdiction. While judicial review has been an infrequent means of sanctions challenge in the UK, it will likely emerge as the main forum of challenge under the new regime. In cases of jurisdictional overlap between UK-EU sanctions, we can expect highly persuasive arguments advancing the principle of comity, given the importance of coordination to effective designations.

UN Security Council Resolutions (UNSCR) sanctions are mostly invulnerable to review. During the act’s passage through the House of Lords, Lord Pannick described this as a ‘flagrant breach of the rule of law’. UNSCR sanctions have been reviewable by EU member states at General Court level. Absent that recourse, UK persons designated under SAMLA will have no means of legal challenge. Litigation under article 6 – in a similar vein to Nada v Switzerland App no. 10593/08, [2012] ECHR 1691 – is therefore anticipated. Consequently, the UK might be expected to advocate the establishment of a general UN sanctions ombudsperson mechanism, to remedy the lack of SAMLA redress.

SAMLA also deploys the UK’s well-developed ‘closed material’ procedure. The UK may therefore sanction individuals on grounds of sensitive intelligence, without requiring supporting open-source research. The efficiency gained over the previous open-court EU system would need to be reflected in any putative legal challenge process, including the procedures of a general UN ombudsman. The question of SAMLA’s arguable reliance on diplomatic processes over legal due process will, we predict, be a rich source of dispute.

While the UK is yet to ratify any EU withdrawal agreement, if agreement is reached, the UK will likely apply EU sanctions regimes for any transitional period. Sanctions nonetheless fall within the Common Foreign and Security Policy (CFSP), which may be subject to further agreement within any transitional period. On reaching such agreement, EU sanctions regimes adopted under any withdrawal agreement would be replaced by new CFSP terms. Potential commercial uncertainty and compliance cost is thereby multiplied: transitional measures may be replaced in shorter time-periods than business currently anticipates.

In 2018, the US reneged on its promises under the JCPOA. US sanctions were reimposed for parties dealing in Iran, including non-US persons, who now risk exclusion from the US dollar and financial system (secondary sanctions). The EU Blocking Regulation penalises compliance with these US sanctions. Total, Maersk and Siemens have announced their reappraisal of Iranian activity. The European Investment Bank has abstained from Iranian market activity. The US’s departure from the JCPOA has clearly profoundly affected UK and European attitudes to doing business with Iran. Upon transposition into English law, articles 4, 6 and 7 of the Blocking Regulation will fall under UK court jurisdiction. UK litigation will likely follow. However, before offering any predictions, more guidance is needed on the UK’s appetite for Blocking Regulation enforcement.

Miriam González advises on international trade and regulation at Cohen & Gresser LLP and John Gibson is a partner at the firm. Legal analyst Rob Hammond also contributed to this article.