3
Our ‘brand’ has taken on a toxic hue
Features

Our ‘brand’ has taken on a toxic hue

As part of a special focus on Brexit: The deal and no-deal implications for UK lawyers and EU law.

In June 2014, during a lecture on common lawyers and their influence on EU law, Judge Skouris, then president of the European Court of Justice, singled out the advocacy skills of common lawyers as one of the most significant contributions by the common law to EU law. 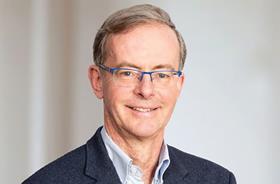 Yet in July 2016, a partner from the Brussels office of an international law firm said that an EU qualification and EU nationality (EU being understood in the post-Brexit sense) were prerequisites for new recruits – so those with top advocacy skills had suddenly become undesirable.

Like the Law Society, the bar has followed a policy of constructive engagement with colleagues from other EU bars in both bilateral and multilateral engagement. The general consensus among our continental colleagues appears to be that the UK professions have been highly influential in building an improved rule of law in the EU, and in general they are interested in maintaining and developing this rule of law input from the UK professions.

That is not to say that our EU27 colleagues have all had friendly Brexit reactions. There was an attempt to expel the UK from the Council of Bars and Law Societies of Europe for 2019 on the grounds that UK lawyers could not undertake to fulfil the membership criteria beyond 29 March. That attempt failed, largely on the basis of respect for UK lawyers and their contribution to cross-border justice.

Such events are, however, merely symptomatic of the UK professions’ brand taking on a somewhat toxic hue. If my lawyer is giving advice on competition law, will it be privileged from production in the event of a dawn raid five years from now? If I am starting proceedings in the CJEU today, can I be certain that I will not be forced to change lawyer if my lawyer is no longer ‘a lawyer authorised to practise’ before the court of a member state? Even if my UK lawyer has, for example, a Belgian qualification, will they have the immigration status sufficient to work out of Belgium? And if I want them to attend a meeting in Paris, will they have fly in/fly out status to do so as a non-EU lawyer?  Why run the risk of such outcomes when engaging a French or German lawyer avoids such risks? 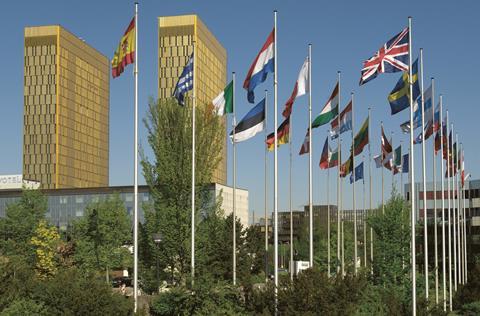 What many do not realise is that these consequences are a serious risk in the event of both a deal and no-deal Brexit. This is because the ‘deal’ is light on services, a situation capable of having a serious impact on regulated services such as the legal profession. Also, less ambitious than the seven-page Outline of the Political Declaration, the Political Declaration itself says that ‘appropriate arrangements’ should be developed for mutual recognition ‘where in the parties’ mutual interests’. Given that an undertaking to enter into the Lugano Convention for mutual enforcement of judgments is not (yet) considered by the EU27 to be in their interests, will mutual recognition of UK lawyers be?

What is the case is that if the UK is outside the EU/EEA, competence for the regulation of legal services is in the hands of member states and thereafter devolved for the most part to a complex web of city bars. In other words, there are hundreds of regulators of legal services within the EU27. The political declaration talks of outlawing ‘substantially all discrimination’. In comparison, the status quo under EU law contains a ban on ‘restrictions’ on the free movement of services which has been interpreted to include ‘national measures liable to hinder or make less attractive’ the exercise of EU freedoms and to subject them to a strict prohibition on discrimination and justification under a proportionality test. Even in the current regime, which is clearly more ambitious than the proposed deal, one of the features relied upon by the European Commission in the legal sector before launching the current services package for professional services was that there were many complaints pending before the commission with regard to the operation of the lawyers’ directives. In short, even if there were a deal, there is likely to be scope for assorted obstacles to be placed in the way of UK lawyers operating under a regime substantially less beneficial than EU law.

What can be done? The first point is that constructive engagement with EU colleagues is critical. Attending events, participating in conferences and keeping in contact with EU colleagues are activities which all of us can engage in and which help to dispel the otherwise inevitable impression that the UK is cutting itself off from the EU.

Second, for those who become aware of specific local issues connected with free movement, seek the advice of your bar or law society on how to address them. One example is a requirement upon a no-deal Brexit for all lawyers to have EU nationality – letters from your home bar or law society may assist in trying to work around or change such a requirement.

Third, if the UK is to negotiate a deal on regulated services to achieve mutual recognition of qualifications, an agreed procedural framework as to how UK and EU bars should negotiate such issues after Brexit would be essential. Liberalisation of legal services under the EU CETA deal with Canada, for example, has got nowhere.  Agreements on services, especially regulated services, as part of free trade agreements are in their infancy. Imaginative solutions are needed to seek to render any agreement as part of an FTA useful in practice.