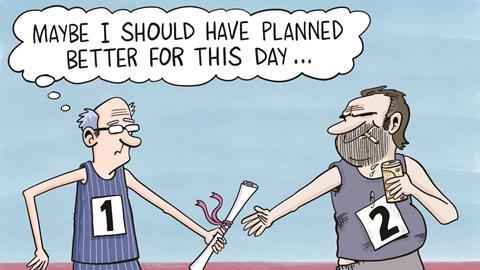 How to: Prepare for the succession

In a very large law firm, adding or substracting from the partnership is almost a commoditised process. Ownership and leadership, meanwhile, tend to evolve incrementally.

Yet while principals of smaller firms cite many reasons for preferring their professional lot to life in a global behemoth, succession planning is not one of them. Tony Roe, principal of Tony Roe Solicitors and a committee member of the Law Society’s Small Firms Division, notes: ‘When you are setting up a practice, you should always have in mind succession planning. You also need to consider the significant cost of run-off cover if you wind up the firm. It’s never a bad thing to ask yourself, “Would anyone take on my firm, and what do I need to review to make the practice attractive?”.’

As Roe says, there is never a bad time to consider succession or sale. But the spur to action is most often retirement – an entirely foreseeable event that is very often ignored. Viv Williams, legal services director at consultancy SIFA 360, says: ‘I am constantly receiving calls and emails from firms I saw seven years ago now asking for help with their exit strategy. Needless to say, the equity partners are seven years older with an average age of 65 years. Who would see this as an opportunity, as all the goodwill is in the hands of the exiting partners?’

One owner who did not fall into this trap is Ronnie Fox, whose firm Fox & Partners is the second City firm to bear his name (the first was Fox Williams). He handed over ownership of the firm to three new partners on 30 June and is now a consultant, actively involved in the firm but also pursuing other interests.

When does he advise thinking about succession? ‘Very, very early on,’ he counsels. ‘This [firm] started 11 years ago and I decided then that I would try and work with people who I hoped would [eventually] inherit. I have been very, very fortunate over the years in working with a great group of people and it was always my hope they would succeed in the business.’ 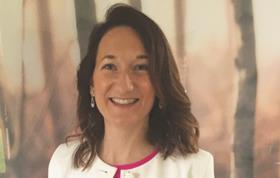 A straightforward succession is not the only option – preparing the firm for merger is another.

Merger was considered at Fox & Partners but rejected. As partner Dean Fuller explains, the value tied up in the firm’s culture ‘was something we really didn’t want to lose and there’s a possibility that one might get lost in a much larger organisation’. This is a point echoed by fellow partner Caroline Field: ‘At that point, it felt like we would be losing a huge amount. We’d built this team and the idea of, potentially, not being able to continue [in the same vein] was actually quite upsetting.’

There is, of course, the option of shutting up shop altogether, too; but this comes with a big catch that is held to deter many small firm owners from retiring at all. ‘A controlled closure will require the purchase of run-off cover,’ Williams explains. This cover is only available at the annual renewal date and will normally be somewhere between 2.5 and 4 times the annual premium. It will also need to be paid immediately. This will provide the closing firm with six years’ mandatory cover to meet SRA requirements but, he points out, ‘will not indemnify former partners for claims over the minimum limit’.

Williams adds: ‘Some practices are reducing their turnover each year to make their run-off cover more affordable.’ The SRA has a proposal to lower the compulsory run-off insurance period from six to three years, but this is controversial as 35% of claims occur three or more years after closure. In any case, a better scenario for many departing or retiring partners is that the firm be bought, or a succession secured.

A firm may be less saleable than its departing partners believe, however – another good reason to talk directly about succession with fee-earners who could take over from the current owners. As Williams relates: ‘One firm I am currently working with assumed that the five younger salaried partners and associates with whom they had some conversations would grab the opportunity to become equity partners and allow the remaining three partners to walk away with their capital accounts. This is a firm with over £3m turnover, nearly £3m of WIP and no debt – but with huge capital account balances. Shouldn’t five future owners in their early thirties jump at the chance to become the new equity owners?’

Sadly not, he says: ‘With the current uncertainty of both external issues and internal ones affecting the profession, it is a step too far,’ [of which more below].

Even with an obvious successor or successors, the transition requires careful thought. Put simply, successors need to be inducted and the departing partner needs to let go of the reins in a way that passes on goodwill and wisdom without creating a ‘spectre at the feast’.

At Fox & Partners, Field recalls that management responsibilities for the succeeding trio were gradually increased: ‘Ronnie helped us to understand the key issues in running a successful business, from sound and strong financial management to playing to people’s strengths.’ More generally, the transition process was focused on the long-term aim of ‘maintaining the brand, the reputation, the culture, [and] our collaborative working’.

Fox also suggests that a departing principal needs to be clear-sighted about the strengths and values of those who can succeed them: ‘What the operation is now is not something that I’ve created alone, it’s something to which the team has contributed heavily.’

Drawing on his own experience of advising professional partnerships, Fox adds: ‘One of the reasons why partnerships sometimes encounter difficulties is because the older partners don’t recognise the development and growth that’s happening among the younger ones. I can think of one case where it was impossible for an older partner to treat a younger partner as an equal, because he kept seeing the young lawyer that he used to work with instead of seeing how that lawyer had grown and developed. I’ve tried very hard to adjust as people become more experienced.’

Sarah-Jane Mundow went from fee-earner to senior partner at south London firm William Bailey Solicitors a few years ago, when founder William Bailey retired. Here, the transition was handled a little differently, with an overlap that saw the partnership temporarily grow from two to three partners during the transition. Bailey then became a consultant and the time he committed to the firm gradually reduced.

Everything’s changing internally but, ultimately, not much is changing in terms of our service to clients and the way we operate externally 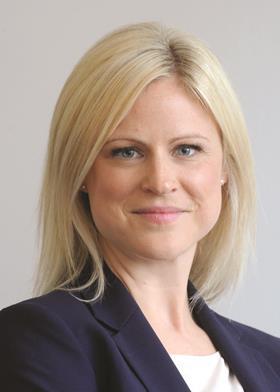 Some details of the succession and the future of the firm were ‘ironed out’ during the transition period, Mundow recalls, ‘but it was important for me to be involved with the day-to-day running of the practice and decisions from the first day of joining as partner’.

Bailey left the partnership 18 months later, moving to a three-day week as a consultant. After two more years, his involvement as a consultant became ad hoc. ‘It was very slow due to a number of factors,’ Mundow notes, ‘one being I had a baby shortly after being made partner.’ Providing maternity cover was ‘probably not the most traditional route for outgoing partners’, she observes.

Alex Shacklock, an accountant who advises law firms on management and strategy issues, advises firms to consider whether a straight transfer of all responsibilities is always the answer. ‘It is rare that somebody leaving a business in their 60s can be effectively replaced by somebody 20 years their junior – which is often [what happens],’ he says. ‘The mistake that firms make is to try and find one individual that will be able to replace the partner who is about to exit. This is sheer folly. A firm needs to consider the different roles that the exiting partner fulfils and how each of those roles can be fulfilled effectively.’

And, of course, while internal changes are hugely distracting, it is important that the clients are not forgotten. ‘I would recommend that you do not inform clients until a solution has been agreed,’ Williams advises.

If a departing principal is ‘retaining a role as a consultant, [that] will enable a smooth transition from old to new’, he adds.

New partners will want to know they have the ‘support and consent’ of the firm’s clients, Fox & Partners’ Catriona Watt notes, but that does not extend to clients being used as ‘a sounding board’ for change. So long as a successor is drawn from the firm’s own fee-earners, she notes: ‘Everything’s changing internally but, ultimately, not much is changing in terms of our service to clients and the way we operate externally.’

The matter of valuation is often difficult for small businesses and especially so in professional services. So, however well those involved know the firm and its figures, some outside advice is recommended.

Mundow says: ‘To help with the succession we had some external professional help from an accountant who went through the books to enable me to make a decision and an offer.’

She adds: ‘With the financial aspect it is important to take advice externally… as you have an objective set of eyes to look at the accounts and point out any problems that may arise.’

‘It’s essential to have an external adviser to bring some perspective and not lose sight of the objectives that you’ve got,’ Fuller confirms. In addition, he says: ‘We’ve had some assistance from friends and colleagues in the Association of Partnership Practitioners… they’ve proved to be invaluable.’

What is it for?

Where equity partnership was once the assumed goal for solicitors in private practice, that aspiration is no longer a given. There are risks in owning a business, some of which Williams spells out: ‘Firms planning for succession should accept that there is uncertainty over the future of the profession. Personal injury and clinical negligence are under threat and 30,000 jobs could be at risk.’ He adds: ‘Younger salaried partners and associates do not want the responsibility or risk of becoming an equity partner.’

Clear thinking is needed, then, when considering this next chapter in a firm’s history.

For Mundow, the aim is pretty simple – the business plan is continuity: ‘The aim of the succession… is to ensure that the business keeps running and that all members of staff are happy and informed about the process.’

The new principals at Fox & Partners, where three owners replace one, see the potential to grow the business. Watts says: ‘The brand, at the outset, was built around Ronnie and so we now face the challenge of making it about it us too.’

In achieving that, Watt says: ‘In addition to our core work with law firms, companies and directors, and our particular expertise in City whistleblowing cases, we believe there is a growing market for the specialist and expert advice [we] offer, not least from the increasing number of businesses in the financial sector that are set up as LLPs, notably hedge funds, venture capital, and private equity and asset management.’

Now the firm is a limited liability partnership, Watt would also seem to have an eye on future successions. ‘The LLP structure is good for professional practices because people can move in and out easily,’ she concludes.