Law Society Council: The day we went to Cardiff

Council met in Cardiff on 17 May. Meeting in Cardiff has become a three-yearly tradition and was an apt reminder of the role of the organisation as the Law Society of Wales and England – particularly timely in the context of the evolving political climate and the growing areas of divergence in legal provisions between England and Wales. A number of Council members took the opportunity of a guided tour of the Welsh Assembly on 16 May. In the evening, a reception and dinner were held, hosted by Council, for a number of senior stakeholders from Wales. The keynote speaker was the counsel general for Wales, Mick Antoniw AM.

The Council meeting began a few minutes late following a fire alarm in the hotel. Guests and Council delegates were shepherded through the rain to shelter while the fire services checked the building and thankfully gave the all clear.

The Council was pleased to be joined by members of the profession in Wales who travelled to join the meeting as observers of the public part of the meeting.

Council considered proposals to make progress on the governance review by setting up a time-limited Implementation Board to oversee the steps required to establish the Main Board and Appointments Recommendations Committee. These proposals were overwhelmingly supported. It is also planned to ask the Council Membership Committee to undertake a review of the role and composition of Council itself. The Implementation Board will include the president, vice-president and deputy vice-president (office holders), and the deputy vice-president elect, the chair of the Management Board, the chair of the Membership Board, three other members of Council, the chief executive and the executive director of delivery and performance. Council will consider proposals in July.

Assuming its proposals go through, the Implementation Board and the current governance structure will cease by February 2018 and new governance arrangements will then be in place. Law Society president Robert Bourns has written about the decisions in the Gazette. Views are welcome to representation@lawsociety.org.uk. 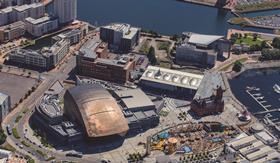 Council also noted the incoming president’s plan, which sets out Joe Egan’s views on how he will ensure that he works effectively within the overall aim of delivering the Law Society’s strategy to support, promote and represent our members, including continuing the ‘Pride in the Profession’ campaign. Egan (Central Lancashire and Northern Greater Manchester) is due to begin his presidential year in July, with Christina Blacklaws (Women Lawyers Division) as vice-president and Simon Davis (City of London) as deputy vice-president completing your office-holder team.

Dyfed Alsop, implementation director for the Welsh Revenue Authority (WRA), gave a presentation which noted that WRA will be the first non-ministerial department created by the Welsh government. He outlined the steps being taken to create the new authority to collect the new Land Transaction Tax and Landfill Disposals Tax from April 2018. Council discussed the increasing divergence between English and Welsh law. More on this can be found on the Law Society website under ‘Work in Wales’.

Significant ongoing work on issues relating to economic crime came to Council’s attention. We responded to the HM Treasury consultation on draft money laundering regulations, supporting the objective of ensuring the robustness of the UK’s anti-money-laundering regime but emphasising the need to avoid imposing excessive burdens on legitimate, law-abiding businesses (our response can be found at tinyurl.com/mq6uvln). We are arranging webinars and events for firms in relation to the Criminal Finances Bill, which will create two new offences in relation to tax evasion that will present significant compliance challenges for affected law firms. And we responded to the Ministry of Justice’s consultation on corporate liability for economic crime.

We have responded to the Solicitors Regulation Authority consultation on waivers which involve a proposal that any regulatory rules not based on legal requirements can be waived provided that the waiver does not conflict with the regulatory objectives of the Legal Services Act. This would be a relaxation of the current system where exemptions are granted only in exceptional cases. We have welcomed the simplification in principle, but raised concerns about consumer protection (especially in relation to the professional indemnity insurance rules) and the lack of detail in the proposals. Our response is available.

Representing the profession during the election

Council was updated on the Law Society’s work to ensure that the interests of our members are well represented during the general election campaign and afterwards. We have published Vision for Law and Justice, which is the basis for our influencing work. We are focusing on four main themes: the standing and integrity of the profession and jurisdiction; Brexit; access to justice; and the protection of human rights.

On Brexit, we have increased our activity with key stakeholders in government as well as engaging with the EU Commission, EU Parliament and UKRep.

Council members were pleased to hear that, following the publication in The Times of a joint letter from the Law Society and family law organisations, the government had dropped plans to allow local authorities to apply for exemption from social care legislation. This will ensure that children’s legal protection remains intact.

Planning for the future

Council began its considerations of our business plan for 2017/18. Our business year runs from November to October to match the legal year. Four emerging key themes of work for next year are Brexit, education, communicating more effectively and business transformation. Council members agreed that these themes could be shared with members. The business plan will be developed for Council for consideration at a future meeting. The budget to deliver the business plan is also in development. The practising fee comprises Law Society and SRA budgets and levies for the Legal Ombudsman and Legal Services Board. As always, members will be consulted on the proposed fee for 2017/18 before Council considers it in July.

Council was updated on the launch of the Society’s new Mental Capacity (Welfare) accreditation and the new Professional Development Centre, which now has over 45,000 registered users. Council was reminded that from June our full practice notes will be available only to those who register with My Law Society. The change has been widely communicated. Over 12,000 people have already registered.

In an appropriate decision to be taken in Wales, David Dixon, Council member for South Wales, proposed a motion, seconded by Jonathan Stephens, Council member for West Country and Gwent, to commemorate the achievement of David Lloyd George in being (so far) the only solicitor to become prime minister. David Lloyd George’s great grandniece was a guest at the reception and dinner. The proposal – to rename one of the Law Society’s principal meeting rooms in Chancery Lane after Lloyd George – was passed by acclamation. A formal launch of the renamed room will be planned.

Reports of future Council meetings will appear in the Gazette.