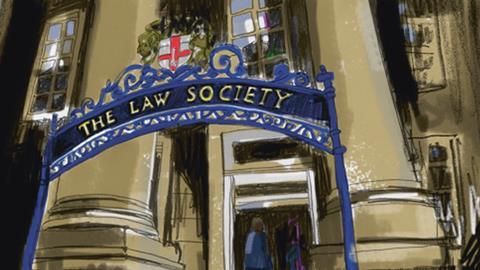 A report from this month’s Law Society Council meeting

Council held its last meeting of 2019 at Chancery Lane in December.

New members were welcomed and introduced themselves to Council.

At the start of the meeting, Simon Davis, the president, led one minute’s silence for those who lost their lives in the London Bridge attack and noted the bravery of those who confronted the attacker. Simon also commended the work of Learning Together. The Law Society will consider how it can commemorate the victims, Jack Merritt and Saskia Jones.

Council welcomed Anna Bradley, chair of the Solicitors Regulation Authority (SRA). She attended the meeting and set out the SRA’s draft strategy 2020-2023 which the SRA is consulting on until January 23.

The draft strategy has three main objectives – high standards for themselves and the profession, technology and innovation, and anticipating and responding to change.

Reflecting on her first year as chair of the SRA, Anna talked about the good foundations in place there and the big agenda of change just delivered. She also considered sectoral issues, such as anti-money-laundering, access to justice, diversity and lawtech. Anna highlighted the need for strong relationships, including with the Law Society, and the need to recognise respective roles and responsibilities. Anna emphasised that we can be greater than the sum of our parts by working effectively together.

Council had a discussion around its response to the SRA strategy consultation and the need to be clear about our respective roles.

Stephen Mayson’s review of legal services regulation, under the auspices of UCL, was discussed and it was agreed that a short letter in response to its interim report setting out our concerns about its suggested multi-layered approach to regulation will be sent.

Since the SRA began to develop SQE in 2014, the Law Society has responded to all four rounds of consultation and the SRA has responded to many of our key issues. The inclusion of a degree-level qualification and two full working years of qualifying work-experience as requirements were major wins.

We have also been heavily engaged in ensuring the profession is aware of the upcoming change to legal education, working closely with the Junior Lawyers Division. Most recently, this culminated in an updated SQE overview which is available on our website. The overview outlines all currently known information on the SQE and is regularly updated with new information as it becomes available.

Alan East (chair of our Education and Training Committee) has been conducting a podcast series focusing on different elements of the SQE. The most recent of these was recorded with Julie Brannan (director of education and training at the SRA) covering the SQE 1 pilot results. The podcasts are released every 4-6 weeks and aim to provide different perspectives on the SQE’s development.

The published recommendations of the Commission on Justice reflect long held frustrations based on the view that Wales has been historically underfunded and hit harder than England by the cuts to justice funding by Westminster governments over the last decade. Estimated expenditure by the UK government on the justice system in Wales has fallen by a third since 2009-10, although increased funding by the Welsh government and Welsh local authorities has offset some of this. The commission’s recommendations are wide ranging, and our Wales office is in the process of canvassing members across Wales for their views.

We achieved a number of successes as part of our criminal justice campaign, which was initially launched in January. Highlights from the September-October period included:

Council heard that the Solicitor Brand campaign continues to promote the profession as honest and honourable, approachable and accessible, experts in their field, client focused, delivering value for money and adding value to society.

Our media relations team, with the support of our subject matter experts on staff and committees, achieved a 59% increase in broadcast media coverage in the year to October 31. We know from the member survey that being a strong voice in the media is one of the things members expect and value.

Council agreed its annual workplan, having agreed the budget and business plan in September. It also made some changes to the Law Society’s General Regulations, further clarifying aspects of the SRA’s independence following changes to the internal governance rules set by the Legal Service Board, and heard details of the Law Society’s ongoing programme to ensure full compliance with these changes by the required date of July 2020.

A further discussion about the future size and shape of Council was held, with the aim of getting Council’s views on the latest stage of the Council Membership Committee’s thinking. Work on our governance is designed to ensure that the profession is effectively reflected in the running of its professional body.