The general picture for professional indemnity insurance (PII) renewal in 2017 is ‘benign’ – as it was in 2016 and 2015. But the level and style of PII for solicitors is unique, and there is plenty to trip up firms of all sizes. Meanwhile, the regulator seems intent on some controversial reforms.

The present era of historically low premiums has continued. According to broker Patrick Bullen-Smith of Hera Indemnity: ‘For good risks, the market is still soft. There’s good capacity out there, and prices are coming down.’

One surprise has been the extended choice for smaller law firms; many can choose between a dozen insurers. The choice is more limited at the upper end, but premiums remain competitive.

Bye-bye to the bucket shops

The failure or sudden withdrawal from the market of unrated insurers – Quinn, Lemma, Balva and Berliner – destabilised the professional indemnity market and created commercial and regulatory risks for the unfortunate law firms they covered.

Low pricing by rated insurers has combined with a strong message from the Law Society on the risks of unrated insurers to drive the latter from the market – or at least extinguish their interest in it. As Howden broker John Wooldridge puts it: ‘It seems to be a bit of a fool’s errand to trust something as important as your PI insurance to a bucket shop carrier.’ 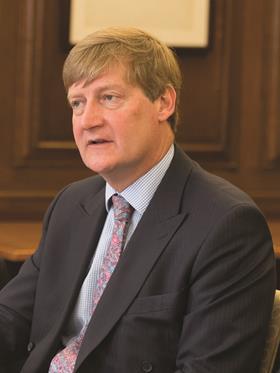 “For good risks, the market is still soft. There’s good capacity out there, and prices are coming down”

A claims record need not count against you

It is accepted that there will be claims. The questions firms must answer relate to the way past issues were dealt with and what has changed since.

Martin Ellis, partner and head of UK professions at JLT Specialty, explains: ‘In many respects any underwriter would actually prefer a firm that’s gone through some pain, then years later had a steadily improving record. They can make a judgement call on that firm’s approach to the management of risk better than a firm that’s never had a claim.’

‘You need to embrace whatever your high-risk area is,’ Bullen-Smith adds. ‘Explain how you’ve got expertise.’

Every day is renewal day

The single renewal date meant that processing forms could be a hectic process, with temporary staff drafted in to cope with the summer rush leading up to 1 October.

Around a third of firms have moved away from a 1 October renewal and there is now a year-round market. Ellis notes that ‘teams of underwriters are geared up to deal with the volume now’. That has meant an end to the ‘interns and temps’ that were once drafted in by underwriters and brokers in large numbers.

Reflecting on the end of common renewal, Wooldridge says: ‘We found that it got all of the same insurers making much better-informed decisions. They have more time to devote to each submission and more time to spend face-to-face with their clients.’

Cyber-insurance is not about the payout

Some insurers offer ‘cyber-insurance’ cover. These are typified as ‘young’ products in the legal market. The cover is ‘cheap’, brokers confirm, and 80% of larger firms have bought it.

Lockton’s Neville Miles says: ‘Ninety percent of [them] are probably buying for the breach response service that comes with the coverage.’

What ‘cyber-insurance’ does not do, though, is protect money that has been taken from client account. The relevant policy for that remains PII.

Webinar training is not enough

The enhanced risks for firms from changes to anti-money laundering and data protection laws are mostly being managed through training for relevant lawyers and support staff.

But Paul Bennett, partner at Aaron & Partners, says the use of webinars may not be enough. He warns against sole reliance on training that is ‘pretty much hands off’, adding: ‘The big firms … are rolling out fairly bog-standard programmes,’ which fail to convey the way major changes ‘impact on them on a day-to-day basis’.

No one cares if you are an ABS 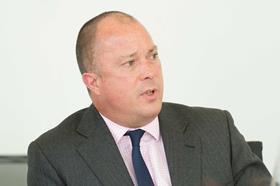 Debates over the practical, regulatory and ethical implications of alternative business structures have been long, many and detailed. Have the claimed risks been reflected in the PII market?

Absolutely not, it would seem. As Wooldridge explains: ‘At the moment, there is so much capacity around.’ The ABS model, he adds, is no longer in its ‘infancy’, and among underwriters, ‘interest seems to have died down’.

That may be because the vast majority of ABSs granted a licence by the Solicitors Regulation Authority are not attempting to practise in ways radically different to ‘traditional’ law firms.

Pensions claims are a headache

Court decisions in pensions equalisation cases have focused attention – and claims – on the advice of legal advisers. There are claims based on allegedly wrong advice from the 1990s in particular.

As Miles, who works with larger law firms, puts it: ‘It doesn’t seem to be so much of a frequency issue, but it is a severity issue and there have been some very, very substantial cases.’

We are all familiar with adverts, calls and texts asking if we have had an accident.

Now some personal injury marketing aimed at potential clients has gone further, promoting claims against solicitors. This goes beyond the traditional ‘Have you had an accident?’ question to ask, ‘Did you settle it? Are you happy with your settlement?’. The excess per case for claims like this tends to be high.

Run-off insurance is a problem for solicitors and insurers

‘Run-off’ insurance is payable for six years after a practice closes, and is intended to cover claims relating to work done before closure. For partners unable to sell or merge their practice, it makes closure an expensive option.

An SRA proposal for cover to be reduced to three years is controversial – while around 65% of claims happen within three years of a practice closing its doors, the remaining 35% represents a sizeable minority.

Insurers have their own gripe on the provision of run-off – under the terms they accept for providing cover to solicitors, they remain responsible for the cover of a closed practice whether or not it has actually paid its premiums.

Dreamvar v Mishcon de Reya continues to provoke lively debate in law firms and among underwriters. The High Court decided that Mishcon and its insurers should carry the £1m financial burden of an identity property fraud, even though the claim for negligence against Mishcon, as well as all claims against the buyer’s solicitors, failed. The case is subject to appeal.

At a recent roundtable discussion, Wedlake Bell partner Philip Matthews, gave his blunt assessment: ‘The decision is absolutely iniquitous. I was tempted to cancel my house insurance on the basis that if it burned down I could claim on next door’s policy.’

The SRA met fierce resistance to its proposed reduction in the ‘minimum terms’. The main effect would have been to lower compulsory cover from £2m/£3m to around £500,000. Under the proposals, firms would make a judgement as to whether they needed cover to remain at the top end of the range.

Publication of the SRA’s latest proposals is imminent, but the principle has been widely criticised. Miles notes: ‘The profession is incredibly lucky to have the extent of the minimum terms it has at the moment. It’s an extraordinary amount of cover provided, which isn’t available to any

other profession. Why you would want to tamper with that while the insurers are prepared to offer it?’

At issue for many is the loose connection between the level of cover and premiums. It is quite wrong to assume that a policy that covers a claim of up to £500,000 will command a commensurately lower premium than one covering £3m. 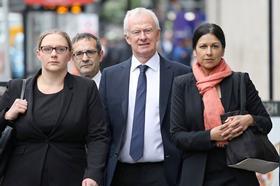 While solicitors are most closely focused on claims arising from past advice or failures of process, relating to money laundering for example, this is a closely regulated profession.  One recent high-profile case highlighted the potential costs of that.

Firms should check insurance policies to ensure they are covered for investigations brought by an increasingly powerful regulator. That is the advice of high-profile claimant lawyer Martyn Day, who with two colleagues faced 19 charges brought by the Solicitors Regulatory Authority at the Solicitors Disciplinary Tribunal.  They and the firm Leigh Day were cleared of all charges.

Facing action, Day discovered that Leigh Day’s indemnity policy did not cover regulatory action. He told the Gazette the firm would have been ‘knackered’ by the prosecution without directors and officers insurance taken out following an employment tribunal case several years ago.

‘The big message I would pass to the profession is check your insurance. If you are not insured for cover in relation to the regulator then for god’s sake go out and get it tomorrow,’ Day advises. ‘If [the SRA] come in it is serious stuff. You really need to be in a position where you can properly defend yourself and get in decent lawyers.’

For Law Society advice, support and guidance, including the regulatory requirements for PII, the minimum terms and conditions, how much cover is required, and market outlook, go to tinyurl.com/kj79qex.