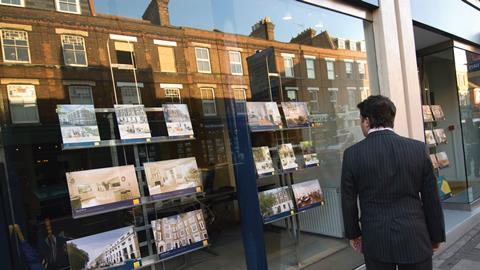 As solicitors experience another benign insurance season, many are unhappy that the regulator has reheated proposals for reform. Eduardo Reyes reports.

For years the approach of 1 October has brought with it a ‘stress-test’ for many practising solicitors – the deadline for renewing their professional indemnity insurance. A growing minority of firms have exploited rule changes to move away from the single date and extend their cover period, commonly to 18 months or two years.

But for the vast majority, 1 October remains highlighted upon the office calendar.

Between the deadline and Christmas, it becomes evident to what extent parts of the profession are cashflow basket cases with poor risk control, and whether the terms set for insurers attracted underwriting capacity from the more solid, rated parts of the market.

Characterised as ‘benign’, 2014 saw adequate capacity; only a small number of firms struggling to obtain cover; generally flat premiums; and a minimal presence for unrated insurers. From what we know, such conditions have also prevailed this season, which for some solicitors makes the SRA’s decision to revisit compulsory cover levels a major irritant.

The latest version of the Law Society 2015-16 Insurers Guide lists two new entrants: Pelican Underwriting Management Ltd and QIC Europe Ltd. Both are active in the sole-partner, 2-13 partner and 4-10 partner segments of the market. QIC is also active in the 11-plus partner sector.

‘At this stage it’s too early to say whether any firms are struggling to get cover,’ Law Society policy officer Teresa Krajewska notes. She is, however, able to point to one promising indicator: ‘Our PII helpline has not received any calls on this issue.’

Broker Howden Windsor’s John Wooldridge also points to a generally soft market: ‘There is no doubt that the stability of the market has been helped by a “flight to quality”,’ he says. ‘There are now a significant number of A-rated insurers which has reduced the influence of unrated [participants]. There is enough capacity in the market to provide for all but the most distressed firms.’

With greater confidence in the stability of the market, some report direct benefits feeding through to deals on offer. ‘We’ve seen several interesting trends this year,’ notes Neil Fraser, client account manager for PII at Wesleyan. ‘First, insurers are beginning to respond to the increasing number of law firms who are managing risk properly, and the industry is now finally reaping the benefit in the form of reduced premiums.’

He adds: ‘We’ve also observed that the recent reforms around the assigned risks pool have encouraged practitioners to take responsibility for their claims. Higher-risk law firms – often reliant on unrated insurers – are gradually being phased out.’

Not all in the garden is rosy, as evidenced by calls to the Law Society’s Practice Advice Service.

Krajewska notes: ‘The main PII-related subject relates to concerns about scams of client accounts. We have just published a new practice note aimed at helping law firms recover if they have fallen victim to a client account scam. The advice aims to help firms overcome the problems that arise and which, in the worst-case scenario, could lead to bankruptcy of individual partners and the firm’s closure.’

Richard Brown, executive director of broker Willis, observes that the focus on so-called ‘cyber-risks’ is growing. ‘The major threat to law firms from cyber criminals arises from conveyancing transactions,’ he says. ‘Cyber criminals use phishing software to track the conveyancing process and then email the relevant party shortly before completion to inform them that the bank account details have changed and that they should direct the funds to a new bank account.’

The same approach is used to target financial controllers, he adds: sending internal emails purporting to be from the senior partners and asking them to release funds in a specific direction. ‘For a law firm, the most important areas to protect are the client account, and the client’s personal data,’ Brown advises.

Frank Maher, partner at niche law firm Legal Risk, highlights other live issues: ‘We have seen more coverage disputes and problems caused by defence panel firms failing to acknowledge when they have conflicts of interest in acting for both insurer and insured. We have also heard of concerns about some insurers’ claims-handling, so firms should consider this when choosing [an] insurer.’

So where stands a law firm that has yet to renew? This category covers firms with many different profiles. Some will be ‘high-risk’; others merely disorganised. But a great many more will have started the process of seeking cover but made a calculated decision to delay renewal until closer to the deadline.

Law Society research on 2014 renewals showed that three-quarters of firms carried out preparatory work between May and August, with only 8% leaving this until September. However, 50% of new policies were actually taken out in the month preceding 1 October.

Tim Norman, of Law Society and Miller joint venture Chancery Pii, advises: ‘As a general rule, we do not think those firms yet to renew are at a disadvantage, although firms should be aware of quote validity periods. But for those firms yet to submit their proposal form or still awaiting terms, the closer we get to 1 October, due to time constraints, the more concerned they should be, with insufficient time to seek or consider alternatives.’

In a benign market that has not recently experienced a major external shock, leaving it late may make sense. ‘Currently the insurance market for solicitors is in a “soft” part of the cycle, so capacity is making for a competitive season,’ Brown notes. ‘The margins for PI insurers of law firms are probably tighter than for any other profession. Over the years, we have seen many insurers come and go, driving rates down as they are attracted in and then seeing claims hit them.’

He adds: ‘We’re seeing underwriters increasingly willing to absorb the higher fees of law firms without increasing premiums, so the rates paid are effectively decreasing.’

In an ideal world, private practice would be using a benign indemnity market to ensure that their house is in order. As Brown puts it: ‘The general message from the insurance community is that the legal sector should take advantage of this buoyant market to focus on risk management and ensure that mistakes are avoided now, when they are busy. This will ensure that during the next downturn, whenever that may come, claims [do not come] to light that will drive premiums up again.’

It is in this context that the SRA has revived its consultation relating to PII cover in the form of a discussion paper (see box, above) which closes to responses this week.

At issue is a proposal to allow firms to secure minimum cover for a much lower amount – £500,000 was the figure floated by the regulator in 2014 – or even to scrap the requirement for PII altogether. Last year a consultation on the same subject was widely criticised as ‘botched’. This time round, at least, the proposed timing of any change would not impact on the current renewal season.

Law Society president Jonathan Smithers is unimpressed: ‘We are concerned that the SRA has revived most of last year’s controversial proposed changes to professional indemnity insurance but also introduced new suggestions which, if implemented, exacerbate last year’s concerns.’

At stake, he insists, are ‘proposed changes [that] would erode public trust in the profession, while increasing the risk exposure for solicitors and their clients, as well as increasing both the regulatory and costs burdens on firms’. In addition, he adds, the SRA has not addressed the significant need to carry out a holistic review of run-off.

‘There is no evidence that the changes would improve access to justice,’ he concludes.

Maher is equally critical. ‘The idea of reducing cover to £500,000 in last May’s rushed consultation was a badly flawed error of judgement,’ he says. ‘It was opposed by a large majority of respondents and rightly rejected by the Legal Services Board on the grounds that there was no evidence to support the change. Since then, despite last autumn’s call for evidence, no proper evidence has been produced – yet the latest discussion paper raises this again.’

Maher cites multiple problems with the SRA’s proposals. Crucially, he says: ‘Law firms large and small alike will be at risk, because the elimination of cover means that the SRA will surrender the power to ensure that one or other insurer deals with the defence of claims in the event of coverage disputes.’

Cutting cover will not get rid of claims, he points out, ‘so reform may increase the number of firms failing and add to the cost of interventions, which the SRA has been trying to control’.

Like Smithers, Maher is concerned about the position of lawyers who are retiring or who have moved firms. ‘Lawyers who change firms or retire will have no means of protecting themselves if their former colleagues either reduce cover or breach policy terms, for example on disclosure of material facts or notifying circumstances to insurers’.

On changes to run-off cover, he notes: ‘Cutting run-off cover to three years will mean many solicitors who retire will face an annual burden of buying insurance – if they can get it at any price – and the cost of paying accountants to help them claim tax relief, assuming they have income against which to offset it.’

In the absence of major reforms, could the legal market see something that has not been achieved for a long time – a third successive year, in October 2016, where benign conditions prevail?

Arguing for a prolonged ‘soft’ period in the insurance cycle is the consideration that a number of the best underwriting prospects are no longer working to a 12-month single-date renewal.

As Willis’s Brown notes of this group: ‘Only firms who are financially strong, and have good processes and track records are going to be offered 18-month policies by the insurers. Interestingly, at the April renewal date just passed, we saw a majority of law firms in the first wave of 18-month policies taking such a policy again, so it seems to work.’