Small firms are big business. About 85% of all England and Wales law firms, according to 2015 Law Society figures, have just one to four partners. And yet, despite knowing that the overwhelming majority of law firms are small, nothing prepares one for the astonishing range of topics covered by the Law Society Small Firms Division’s (SFD) annual conference.

This year delegates heard the inspiring story of didlaw founder Karen Jackson, who launched the firm two years after undergoing a heart transplant. ‘Small is not a pejorative term,’ she reminds us. SFD chair Sally Azarmi was in her native Iran when the Islamic Revolution of 1979 replaced 2,500 years of rule by monarchy. ‘Life, like the fortunes of small law firms, is all about change,’ she observes.

Lloyds Bank’s head of data and cybersecurity alarmed everyone with his account of the computer-based threats facing law firms. Delegates, having returned home, now spend sleepless nights as malware and ransomware stalk the corridors of their consciousness.

On a lighter note, everyone missed the spectacle of a man in a bear suit Moonwalking. And in that context, Moonwalking is a dance and not to be confused with the Apollo 13 space mission, which inspired Paul Bennett’s presentation. ‘Let’s move on,’ he urges, ‘from Houston we have a problem to Houston we have had a problem – and resolved it.’

But we race ahead. Let’s hear from the speakers directly.

Why small is beautiful

Lawyers start their own firms for all sorts of reasons, but Karen Jackson’s motivation – she tells us in her keynote address – is a first for the Gazette. Awaiting a heart transplant, and mindful that she might die before her 40th birthday, she decided to do something meaningful with her life. 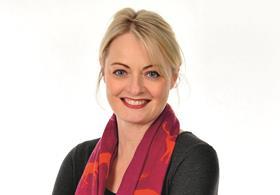 The outcome is didlaw, which she founded in 2008, following successful surgery at Papworth Hospital in Cambridge in 2006. The ‘did’ in didlaw translates as disability illness discrimination. ‘I’d suffered that particular form of discrimination,’ Jackson explains, ‘and so believed I had something uniquely valuable to offer clients.’

The theme of her presentation is that small firms have an important role to play in the increasingly competitive legal market. ‘Smaller firms can provide legal services with a crucial element that is too often missing from larger firms – the human touch,’ she says.

‘In the same way that consumers are seeking out farmers’ markets rather than supermarkets because they want to talk to someone about the cheese they are buying, clients are coming back to smaller firms. They know they won’t get the partner who is overseeing their case, but has never opened their file to read it. They’ll get someone who they’ve met, who knows the facts and who treats them not as a case or legal problem, but as a person going through something big in their life.’

Jackson may be preaching to the converted. Nonetheless, she makes a convincing case for developing a small firm without a headlong rush to make it bigger. ‘Didlaw is a niche small law firm,’ she says. ‘That means no hassle with dozens of staff, no huge library of precedents, no massive professional indemnity insurance bills. We price ourselves on our expertise, not our size. We’re unafraid of the future.’

She even claims that the personal service that small firms provide enables them to avoid the ‘mad, bad, sad clients’ that can plague the profession: ‘If you’ve shown that you’re reliable and important to your clients, then they’re less likely to give you grief.’

Many of Jackson’s clients are stressed lawyers who are overworked and exhausted, but receive little or no support and understanding from senior management. Didlaw’s focus on mental health, she says, helps these practitioners emerge from the dark place where they have found themselves. As for her own equanimity, ‘I turn off the emails on my mobile phone the moment I leave my desk and only switch it back on when I sit down in my office again.’

A tax on business

‘Cyber-attacks are like a tax on business,’ warns Giles Taylor, head of data and cybersecurity at Lloyds Bank Commercial Banking. ‘All firms are victims. It’s no longer a case of if you are attacked, but when you are attacked.’ 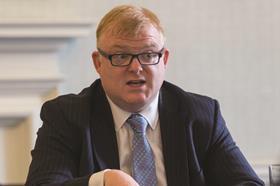 We all relish the convenience of having everything connected to everything else, but the consequent concentration of resources is equally convenient for fraudsters and cyber criminals who wish to target us.

Small firms face particular challenges, Taylor says: ‘They don’t have the in-house skill sets that larger firms can call upon because they don’t have the revenue to attract and retain the very best IT people. It is therefore key that small firms use reputable third party and cloud resources to help defend their systems against attack.’

Some attacks are aimed at enabling the unauthorised use or modification of data allowing, for example, money to be transferred from a firm’s client account to the fraudster’s own account. Others deny access to a firm’s computer systems and data, effectively shutting down the firm’s operations until a ransom is paid to reactivate them.

Some 90% of attacks are difficult to detect, Taylor adds. They may continue for months or years undetected and with a slow impact on revenue. ‘The remaining 10% are obvious to detect, but are shortlived before the vulnerability is identified and closed. They typically have a large media and reputational impact and lead to a single, but large, financial loss.’

He advises: ‘Don’t put off adding security updates to your systems. You need to be fast to keep pace with the cybercriminals. Be sure to identify your firm’s critical information, assets and services. Are they adequately protected? How do you know your defences work? Test them or seek expert external assistance. Get insurance cover for cyber-attacks.’

Houston: We have (had) a problem

The Apollo 13 space mission has much to teach terrestrial law firms about crisis management, says Paul Bennett, partner and mediator at Chester firm Aaron & Partners. He urges delegates not only to show the same sangfroid in the face of potential disaster that the 1970 astronauts displayed, but also to prepare – as they did – for every conceivable eventuality, including the unexpected. 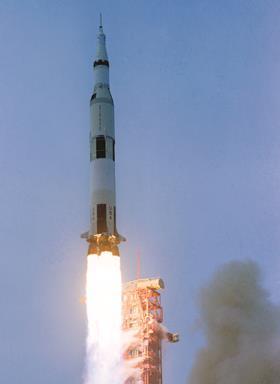 Bennett, a professional practice lawyer with clients ranging from sole practitioners to large City and US firms, structures his presentation around the case histories that typically land in his in-tray. ‘My commonest problem usually comes on a Friday afternoon and is usually from a stressed conveyancer,’ he says. ‘The conveyancer has paid money into the wrong bank account. It could be £300,000 or more that’s gone astray and the firm’s partners could be liable for repaying it from their own bank accounts. It’s all doom and gloom. What can be done?’

The first step, he tells the conference, is to notify your insurers and the bank, and also to contact the person into whose bank account the money has been erroneously paid – if, that is, the recipient can be identified. ‘Better by far, of course,’ Bennett adds, ‘is to avoid the problem arising in the first place. It should be easy enough to get a colleague to double check that you’ve got the bank details correct. Even if you’re a sole practitioner working from the spare bedroom, you could ask your spouse to read out the details aloud. There may be issues of confidentiality, but presumably you have already addressed these issues if you’re working from home.’

Bennett moves on to discuss data security. ‘A couple of years ago I was contacted by someone whose firm shared office space with 47 businesses. All of them put their servers in the same room. And then one day the firm’s back-up device disappeared with all the clients’ data on it.’ Obviously, continues Bennett, if you can help it, you should not store your server where there is unrestricted access. If that is unavoidable, then you should encrypt it. ‘But if the worst comes to the worst, and your device does go missing, lose no time notifying your clients, the SRA and the Information Commissioner’s Office.’

Bennett’s favourite story, however, concerns a punch-up in a law firm’s office. The fracas came to his notice just as he was leaving for his summer holiday.

Internal conflict over how a firm should be run is not uncommon, Bennett says, but the difference of views rarely escalates into an exchange of blows: ‘A third party can often help defuse the situation. Is there anyone you both trust who you can talk this through with?’

The Apollo 13 crew, in practising every conceivable emergency plan ‘48 times’, according to Bennett, were able to return to Earth unscathed. Law firms that follow the same best practice, with business continuity and other plans prepared in readiness for when disaster strikes, are similarly likely to survive.

A bear dancing the Moonwalk is, one might reasonably assume, a spectacle difficult to miss. And yet the Gazette, along with all the other delegates to the SFD conference, does not spot the ursine cavorter.

Business and executive coach Shaumit Saglani is responsible for the sleight of hand that leads to this collective blindness. He starts his presentation, How to get the best out of your small firm, with a video of two teams of basketball players. One team is dressed in black, the other in white. ‘How many times does the white team pass the ball?’ he asks. ‘13 times,’ comes the confident reply from two sharp-eyed delegates. ‘That’s correct. But who spotted the guy in the bear suit doing the Moonwalk?’ And answer comes there none. Saglani declares: ‘That’s because we only see what we are looking to see. How many opportunities do we miss because of tunnel vision?’

Saglani, a business coach with coaching franchise ActionCOACH, reminds delegates about the importance of using basic marketing tools effectively. These range from promptly following up on telephone enquiries to personally thanking people who refer business to you. ‘They can generate leads, enhance your reputation and improve your small firm’s bottomline.’

Footnote: The Moonwalk is a dance popularised, in the early 1980s, by the late pop superstar Michael Jackson. The dancer appears to be moving forward while actually going backwards.