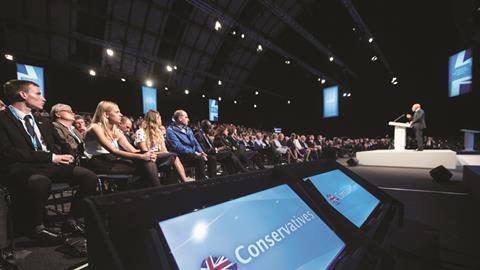 Council convened for the second meeting of the new 2017/18 ‘season’ with another full agenda. It was held at the Institute of Chartered Accountants in England and Wales on 26 October while work is under way to repair the roof above the Council chamber at Chancery Lane.

Following discussions at Council in July and September, Council in October signed off the Law Society’s business plan and budget for 2017/18.

The plan recognises the difficult and unpredictable times that lie ahead, including the increasingly challenging market for many members, and uncertainties around Brexit and the impact of technology. It also focuses on the need for internal changes if the Law Society is to become the genuinely member-focused organisation we aim to be. In that context, we have, as well as the one-year plan for the coming year, developed a five-year corporate plan with a clear vision and purpose, to be the voice of solicitors, driving excellence in the profession and safeguarding the rule of law.

The Society is taking a longer planning horizon and our five-year plan has a focus on improving member value by increasing satisfaction and reducing our cost to members. The business plan for 2017/18 sets out steps on the journey which include continuing our work this year to focus on what members want. The plan sets out the member needs we want to address in future:

As well as the Law Society budget, the Solicitors Regulation Authority budget also came to October Council, as approved by the SRA Board and the Business and Oversight Board. This, too, was signed off.

Changes to governance for 2018

Council received updates from Legal Affairs and Policy Board, Membership Board, Management Board and Regulatory Affairs Board; it was also updated on plans to implement new arrangements next year. This includes the introduction of a single Board supported by Membership and Operations Committee and Policy and Regulation Committee.

Council was informed that the advertisement for the role of Board Chair had closed on 15 October with a strong field of interested Candidates. With final interviews planned for late November, it is hoped that the successful candidate will be appointed at the December Council meeting. Other external recruitment is getting under way and planning is also in hand for the election process among Council members for some places on the Board and committees. Council is also turning its mind to issues about the composition and representativeness of Council itself, though proposals in those areas are still at a very early stage.

Council had a substantial discussion at the culmination of an ongoing programme of work which has involved collaboration at many levels with the SRA. This has resulted in significant updating of the Law Society’s General Regulations to reflect the principles of regulatory independence while maintaining arrangements for the Society’s oversight role as approved regulator.

Council heard reports of the extensive activity undertaken by the Society to engage with key political stakeholders during the party conference season. The Society hosted a number of events on Brexit and access to justice, sharing platforms with leading figures including the lord chancellor, justice minister and solicitor general, as well as a number of shadow spokespeople. This provided a platform for the justice ministerial team to make important announcements on justice and Brexit.

In setting out his priorities at our event held at the Conservative party conference, the lord chancellor emphasised continued market access and civil justice cooperation post-Brexit, together with the ongoing programme of criminal justice and court and tribunal reform. We had supportive interventions from opposition parties also, including praise for our ‘legal aid deserts’ campaign from the shadow lord chancellor.

Council noted a wide range of events as part of the Society’s ongoing programme of international engagement. This included a roundtable discussion on legal regulation followed by a formal dinner for bar leaders, and guests from the CIS region attending the opening of the legal year, to strengthen our relationships and explore areas for future collaboration.

The Society also finalised the Kazakh judicial training programme; organised a panel discussion on doing legal business with China that was attended by English, Welsh and Chinese lawyers; and signed a memorandum of understanding with the Law Society of Hong Kong.

Council was updated on the latest numbers of sign-ups to My Law Society, the service that gives members access to a tailored news feed, our full range of practice notes and our solicitor brand campaign materials. Since practice notes became accessible through My Law Society, registrations have increased significantly and stood at 27,000 in September.

Support to the profession

Following extensive lobbying by the Law Society and others, HM Courts & Tribunals Service announced that the flexible operating hours pilot would be put on hold until February 2018 to allow further engagement with court users and to carry out another tender exercise to choose an independent evaluator.

The Society also responded to the SRA’s consultation on its draft corporate strategy, making points that included the need to demonstrate a clear case for change before introducing regulatory changes and the importance of focusing not only on speed but also quality of decision-making. Council noted that the Society had published guidance for the profession on the new Money Laundering Regulations 2017 and on compliance with part 3 of the Criminal Finances Act 2017, as well as a note prepared jointly with HM Land Registry on property registration fraud.

Council will meet again on 7 December.