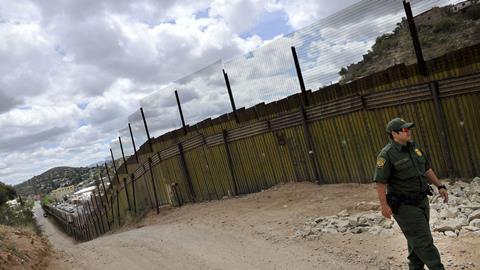 Super Tuesday and US immigration law

Proposed immigration reforms will have far-reaching consequences for those wishing to work in the US, no matter who is elected.

The US Republican and Democratic presidential primaries - which gather steam on this Super Tuesday - are being watched across the globe, especially by foreign nationals seeking to move to the US. Immigration reform is one of the year’s biggest campaign issues, and the candidate who is ultimately elected president has the potential to greatly affect the current system.

The presidential candidates have reform ideas ranging across the spectrum, from building walls to creating citizenship paths for undocumented immigrants. Each of these proposals, if implemented, would have consequences for the current process of transferring to the US.

The candidates for the Democratic Party’s nomination, Hillary Clinton and Bernie Sanders, recognise the benefits of immigration to the US. However, Clinton’s immigration reform focuses on the undocumented immigrants already in the US, and keeping those families together. This may benefit UK nationals already living in the US who have overstayed their work visas, because under Clinton’s plan they may be in a position to naturalise and become US citizens.

However, her immigration proposals will not affect UK employees seeking to transfer to the US, and in fact may decrease available jobs once 11 million additional people have work authorisation.

Bernie Sanders’ immigration plan also revolves around naturalising these 11 million people living in the US, rather than on reforming the visa procedures for foreign employees. However, while the procedures would remain the same, Sanders would like to develop greater protections for foreign workers. These include no longer binding workers to specific employers, allowing their family members to have work authorisation, and increasing the prevailing wages that foreign workers are paid.

These safeguards, while perhaps not making it easier to obtain a work visa, may benefit UK nationals once their US visa is secured.

On the opposite end of the spectrum, the main Republication candidates are generally seeking to restrict the movement of foreign nationals to the US. The most extreme viewpoint is that of Donald Trump, who wants to build an actual wall isolating the US from Mexico. Trump wants to greatly reduce, if not stop entirely, the migration of foreign workers to the US, not just from Mexico but throughout the world, including the UK.

Further, Trump has publicly called for banning all Muslims from travelling to the US, both on work visas and as tourists. As Islam is reportedly one of the most-practiced religions in the UK this proposal, if enacted, would affect the ability of a large number of people to move to the US. Thus with Trump in office, it may be too difficult for any foreign national, especially Muslims, to establish their career in the US.

Ted Cruz also wants to build fences, and make major reforms to the H-1B work visa. But rather than simplifying the process, or adding additional available visas, these reforms would discourage foreign hiring and encourage employers to hire US citizens. The H-1B visa is used by many companies to employ entry-level professionals in the US and without it these companies would be forced to re-evaluate their global personnel migration strategies.

This may result in the inability of UK nationals without much experience to work in the US, because employers may be unwilling, or unable, to hire them.

Marco Rubio has a more unique perspective regarding work visas that may benefit UK nationals seeking to move to the US. He believes that shifting the focus from a family-based to a merit-based immigration system would grow the economy. This ideology would allow for qualified employees to more easily enter the US.

However, it is unclear whether this would permit entry-level professionals to work in the US. UK nationals thus may have to establish themselves in their career prior to moving to the US.

Granted, the president’s ability to revamp the immigration system is limited by Congress, and factors including political pressure, social advocacy, and lobbying groups. Yet the race for the White House still has the potential to be the most momentous in history, and may have a lasting effect on UK nationals seeking careers in the US.

Those interested in moving to the US should keep a close eye on the current primary race, and be aware of how the general election results on 8 November could have a lasting impact on their careers.