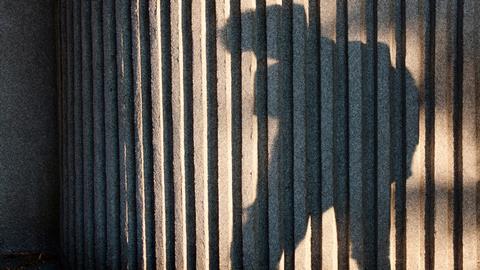 The guidance in criterion C of para 55.9.3.1[1] of the Enforcement Instructions and Guidance (EIG) permitting the Secretary of State to refuse to accept an individual’s assertion that he was 18 if ‘their physical appearance/demeanour very strongly suggests that they are significantly over 18 years of age’ was unlawful. The Court of Appeal, Civil Division, further held that the changes introduced in subsequent versions of the EIG and Assessing Age did not address the central flaw in criterion C, namely the phrase ‘significantly over 18’.

A decision was made to detain the appellant asylum seeker on the basis of criterion C of para 55.9.3.1[1] of the Enforcement Instructions and Guidance (EIG), namely that his ‘physical appearance/demeanour very strongly suggests that they are significantly over 18 years of age and no other credible evidence existed to the contrary’. Guidance was also given in another document called ‘Assessing Age’. Proceedings were commenced in order to procure the appellant’s release from detention on the basis that he actually was a child. The Upper Tribunal (Immigration and Asylum chamber) (UT) dismissed the appellant’s application for judicial review of the legality of the policy that the Secretary of State could treat a person claiming to be a child as an adult if immigration officials thought that he or she strongly looked over 18. The appellant appealed.

Whether the appellants application for judicial review based exclusively on a challenge to the legality Ch 55.9.3.1 could succeed.

The issues of whether an asylum-seeker was under 18 was also determinative of the obligations of local authorities under the Children Act 1989. In that context, clear guidance was given that except in clear cases, the decision-maker was required to conduct an in-depth interview, which was typically carried out by experienced social workers (see [15] of the judgment).

The law proceeded on the basis that the most reliable means of assessing the age of a young person in circumstances where there was no objective evidence was available was by an in-depth assessment. However, it was not practicable for an immigration officer to procure such an assessment in the context of an initial decision whether the detain a young asylum-seeker and so an age assessment was not a pre-condition of a valid decision under para 55.9.3.1. Any initial assessment would be bound in the typical case to depend primarily on a physical assessment/demeanour (see [53], [54] of the judgment).

The correct approach in the circumstances of the present case was, straightforwardly, that the policy/guidance contained in paragraph 55.3.9.1 of the EIG and the relevant parts of Assessing Age would be unlawful, if but only if, the way that they were framed created a real risk of a more than minimal number of children being detained. The policy should not be held to be unlawful only because there were liable, as in any system which necessarily depended on the exercise of subjective judgment, to be particular ‘aberrant’ decisions – that was, individual mistakes or misjudgements made in the pursuit of a proper policy. The issue was whether the terms of the policy themselves created a risk which could be avoided if they were better formulated (see [63] of the judgment).

The language in the documents contained safeguards aimed at ensuring that a young person claiming to be a child was only treated as an adult where the claim was obviously false. The most obvious such safeguard was the language of criterion C itself (repeated in Assessing Age with additional use of bold and underlining), which required that the young person’s appearance and demeanour ‘very strongly’ suggested that they are ‘significantly over 18’. That gave some effect to the ‘benefit of the doubt’ principle, though the insistence on a second pair of eyes was also an important safeguard (see [64] of the judgment).

Nevertheless, para 55.9.3.1 of the EIG and Assessing Age fell short of what was required in one crucial respect, namely that they contained no recognition of just how unreliable the exercise of assessing age on the basis of appearance and demeanour was and, in consequence, how wide a margin of error was required. In truth, all the work was done by the single word ‘significantly’. That was a word which could be interpreted in many different ways, and its imprecision was not corrected simply by printing it in bold or underlining it (see [65] of the judgment).

The need to restrict ‘criterion C’ to obvious cases, or to give the young person the benefit of any real doubt, required that the guidance should indeed attempt to quantify the extent of the margin of error that must be allowed. Only if the officer was made aware of the extent of the unreliability of the exercise, by reference to specific ages, could he or she make an informed decision about whether a claim to be under 18 was indeed obviously false. There was nothing in either para 55.3.9.1 or in Assessing Age which gave guidance of that kind (see [65] of the judgment).

That defect in the policy/guidance gave rise to a real risk of children being (unlawfully) detained. That conclusion would  be justified even without evidence of specific cases where that had occurred: in the absence of guidance as to the width of the margin of error there was inevitably a real risk that immigration officers would place too much trust in their own assessment that a particular young person was ‘significantly’ over 18 (see [68] of the judgment).

Before the Upper Tribunal, the extent of risk that the guidance would lead to an infringement of rights was illustrated by the appellant by reference to a raft of statistical information. The UT declined to rely on the figures because of  methodical difficulties.  However, those figures could not be totally ignored. The fact that there have been numerous cases where an initial assessment that a young person was an adult had subsequently been found to have been wrong did tend to lend weight to the probability that some immigration officers had failed to appreciate the width of the margin of error that needed to be applied (see [102], [69] of the judgment).

Further, in disagreement with the UT, the assessment of age based on physical appearance and demeanour alone was inherently subjective so that, without safeguards it would be arbitrary and thus an infringement of rights under the European Convention on Human Rights and the EU Charter (see [103] of the judgment).

James Strachan QC and  Deok Joo Rhee QC (instructed by the Treasury Solicitor) for the respondent.

Martin Chamberlain QC (instructed by the Commission) for the Intervener