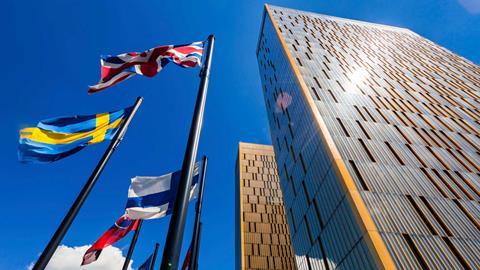 The appellant’s appeal against the respondent tour operator for damages in circumstances where she had been raped and assaulted by a hotel employee while on holiday in Sri Lanka, following a contract for a package holiday with the respondent, was referred by the Supreme Court to the Court of Justice of the European Union for determination of certain questions in order to determine the appeal. The Supreme Court sought an answer on, among other things, whether in the circumstances of the case, where there had been a failure to perform or an improper performance of the obligations arising under the contract of an organiser or retailer with a consumer to provide a package holiday to which Council Directive (EEC) 90/314 applied: (i) there was scope for the application of the defence set out in the second part of the third alinea to art 5(2) of that directive, and if so, (ii) by which criteria the national court was to assess whether that defence applied.

In July 2010, the appellant (X) had travelled to Sri Lanka with her husband for a holiday. The holiday had been booked through the respondent tour operator (Kuoni). Under that contract, Kuoni had agreed to provide a package holiday in Sri Lanka which included return flights from the UK and 15 nights’ all-inclusive accommodation at a hotel (the hotel). On 18 July, X was raped and assaulted by an electrician (N) employed by the hotel where they were staying. N had attacked X after offering to show her the way to the hotel reception. N had been on duty and wearing the uniform of a member of the maintenance staff.

X commenced proceedings against Kuoni for damages by reason of the rape and assault. The claim was for breach of contract and/or under the Package Travel, Package Holidays and Package Tours Regulations 1992, SI 1992/3288 (the 1992 Regulations), which implemented Council Directive (EEC) 90/314 (Directive 90/314) in the UK. At trial, X’s case was that the rape and assault had amounted to the improper performance of a contractual obligation. Kuoni denied that the rape and assault by N had constituted a breach of any obligations owed by Kuoni to X under the contract or the 1992 Regulations. In particular it denied that they constituted improper performance of any obligation under the contract. Kuoni further relied, by way of defence, on cl 5.10(b) of the Booking Conditions (cl 5.10(b)) and reg 15(2)(c)(ii) of the 1992 Regulations. Pursuant to the latter, the liability of the other party to the contract to the consumer was excluded where the failure to perform the contract was due to an event which the other party to the contract, even with all due care, could not foresee or forestall. Clause 5.10(b) was intended to replicate the terms of reg 15(2)(c), which, in turn, was intended to implement art 5 of Directive 90/314.

At first instance, the judge dismissed the claim. He held that ‘holiday arrangements’ in cl 5.10(b) did not include a member of the maintenance staff conducting a guest to reception. He further held, obiter, that Kuoni would in any event have been able to rely on the statutory defence under reg 15(2)(c)(ii) because the assault was an event which could not have been foreseen or forestalled (by inference by the hotel) even with all due care.

On appeal, the Court of Appeal, Civil Division, upheld the judge’s decision, deciding that on their proper interpretation, the words ‘holiday arrangements’ in cl 5.10(b) did not include a member of the hotel’s maintenance team, known to be such to the hotel guest, conducting the guest to the hotel’s reception. That was no part of the functions for which the employee had been employed. The 1992 Regulations were not designed to facilitate a claim against a tour operator for wrongful conduct by an employee of a supplier where that conduct was ‘not part of the role in which he was employed’ and where the supplier would not have been vicariously liable under either the consumer’s domestic law or the foreign law applicable to the supplier.

X appealed to the Supreme Court. The trade association representing British travel agents (ABTA Ltd) was permitted to intervene in the appeal.

For the purposes of that reference, the CJEU was asked to assume that guidance by a member of the hotel’s staff of X to the reception was a service within the ‘holiday arrangements’ which Kuoni had contracted to provide and that the rape and assault constituted improper performance of the contract (see [22], [23] of the judgment).