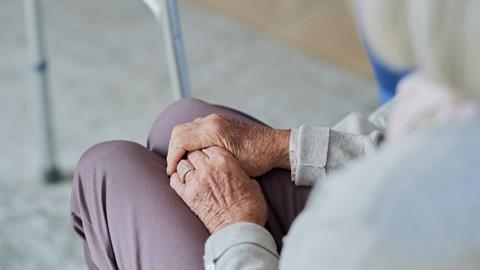 The test for dishonesty in all criminal cases was that established in Ivey v Genting Casinos (UK) Ltd (trading as Crockfords Club) ([2018] 2 All ER 406) rather than R v Ghosh ([1982] 2 All ER 689), notwithstanding that the discussion on dishonesty in Ivey had been strictly obiter. The Court of Appeal, Criminal Division, held that, where the Supreme Court itself directed that an otherwise binding decision of the Court of Appeal should no longer be followed and proposed an alternative test that had to be adopted, what amounted to a direction from the Supreme Court had to be followed, even though it was strictly obiter.

*R v Barton and another

The first defendant, DB, ran a luxury nursing home and the second defendant, RB, was the general manager. The prosecution case against DB was that, over many years, he had dishonestly targeted, befriended, and ‘groomed’ wealthy and vulnerable (and childless) elderly residents of the home, in order to profit from them. It alleged that DB was assisted by others in his criminal behaviour, in particular, by RB.

There was no doubt that the discussion on dishonesty in Ivey had been strictly obiter because it had not been necessary for the decision of the Supreme Court. However, the undoubted reality was that, in Ivey, the Supreme Court had altered the established common law approach to precedent in the criminal courts by stating that the test for dishonesty it had identified, albeit strictly contained in obiter dicta, should be followed in preference to an otherwise binding authority of the Court of Appeal. It was not for the present court to conclude that it had been beyond its powers to act in that way (see [93], [102] of the judgment).

Where the Supreme Court itself directed that an otherwise binding decision of the Court of Appeal should no longer be followed and proposed an alternative test that it said had to be adopted, the Court of Appeal was bound to follow what amounted to a direction from the Supreme Court, even though it was strictly obiter. To that limited extent, the ordinary rules of precedent (or stare decisis) had been modified. That limited modification was confined to cases in which all the judges in the appeal in question in the Supreme Court agreed that to be the effect of the decision. In the result, the test for dishonesty in all criminal cases was that established in Ivey (see [104], [105] of the judgment).

The test of dishonesty formulated in Ivey remained a test of the defendant’s state of mind – his knowledge or belief – to which the standards of ordinary decent people were applied. That resulted in dishonesty being assessed by reference to society’s standards, rather than the defendant’s understanding of those standards. All matters that led an accused to act as he had would form part of the subjective mental state, thereby forming a part of the fact-finding exercise before applying the objective standard. That would include consideration, where relevant, of the experience and intelligence of an accused (see [107], [108] of the judgment).

(2) Whether, even applying the Ivey test, the judge had erred in his directions to the jury on dishonesty during the summing up.

Taking the summing up as a whole, there was not any possibility that the jury could have been in any doubt that, when applying the objective standard of dishonesty, it should do so by reference to its findings about the state of the knowledge or belief of DB and RB regarding the circumstances. The requirement to consider the states of mind of DB and RB regarding had been self-evident from the way that the issues had arisen before the jury (see [116] of the judgment).

(3) Whether the judge had erred in his approach to the offence of conspiracy to defraud.

Conspiracy to defraud did not apply to agreements to achieve a lawful object by lawful means, but there was no requirement of ‘unlawfulness’ or ‘aggravating feature’ over and above a dishonest agreement which included an element of unlawfulness in its object or means (see [122] of the judgment).

In the present case, the necessary element of unlawfulness had been the positive and extensive deceit practised on the victims and others with the intention of prejudicing a proprietary right or interest (by obtaining property to which the defendants had not been entitled). The offence of conspiracy to defraud had been properly described in the indictment, revealing in each instance an offence on which the jury had been entitled to convict. The offence did not lack certainty falling foul of art 7 of the European Convention on Human Rights. The offence of conspiracy to defraud had been described in the indictment with clarity. The defendants would have been able readily to identify the case they had had to meet. There could be no doubt that the jury had understood that the prosecution had needed to establish that there had been a dishonest agreement on the part of the defendants, by deceit or lies, to prejudice the proprietary rights or interests of the victims by obtaining property to which they had not been entitled. In those circumstances, there was no substance in the argument that the directions had been inadequate (see [123], [124], [126] of the judgment).

The judge had not set out the terms of s 2(1) in his directions to the jury. However, in the written directions given to the jury, the judge had included a passage identifying the case for DB by making clear that he had said that he had believed that the property in question had been freely given to him by people of capacity, in short that there had been straightforward gifts which he had neither procured nor accepted dishonestly. That explanation had been rejected by the jury. While a direction tailored to s 2(1)(a) might have been given, it had not been required. If his case on the ‘gifts’ had or might have been true, DB had not been dishonest and would have been acquitted (see [128], [129] of the judgment).

(5) Whether the judge had erred in his approach to the issue of capacity.

The trial judge had had no need to give legal directions to the jury on the technical legal meaning of the word ‘capacity’. He had given directions on capacity and vulnerability, and how, despite the undoubted fact that the residents had had capacity to deal with their own affairs, they might nonetheless be victims of conspiracy to defraud. The directions had been more extensive than requested by the defendants during submissions in advance of the summing up. Accordingly, there was no substance in the criticism that the judge had failed to direct the jury that the victims had had legal capacity. It had been common ground that the residents had had legal capacity (see [131], [132], [135] of the judgment).

Further, it was not a fair criticism of the legal directions to say that the judge had conflated ‘capacity’ with ‘vulnerability’. The judge had dealt with capacity in the context of his summary of the defence case on the issue, namely the fact that the residents had had legal capacity made it much less likely that they could have been subjected to a conspiracy to defraud. The judge had then dealt with vulnerability in his summary of the prosecution position, namely that evidence of the residents’ vulnerability, notwithstanding their legal capacity, had been relevant to the case against the defendants. The judge’s direction had correctly identified that the issue had been whether, notwithstanding their formal capacity, the residents’ vulnerability had been dishonestly exploited by the defendants as part of the fraud (see [136] of the judgment).

(6) Whether there had been sufficient evidence to be considered by the jury on one count of conspiracy to defraud against RB.

The various strands of evidence had justified the relevant count of conspiracy to defraud as regards RB being left to the jury. The evidence had demonstrated prima facie her involvement in that criminality. A mistake in the judge’s ruling on the submission of no case to answer, which the judge had subsequently acknowledged, had not meant that he had erred in leaving the case against RB on the count to the jury. Even without that evidence, there had been ample evidence to justify proceeding with the count against her (see [145], [146] of the judgment).

(7) Whether the judge had erred in admitting the evidence of a conversation between RB and DB. concerning a resident.

There was no suggestion that the judge had misdirected himself as to the test to be applied. The evidence had been relevant to: (i) the suggested propensity on the part of RB to be untruthful about financial transactions with residents; (ii) the extent to which RB had worked closely together with DB; and (iii) her propensity to work with DB to invent a false explanation for a payment that might be investigated by the police. The evidence could be challenged and contradicted by RB and DB. The issue had been addressed appropriately in the summing up and had been properly admitted (see [154] of the judgment).

The appeals against conviction would be dismissed (see [162] of the judgment)..

(8) Whether the sentence imposed on DB had been manifestly excessive.

A total sentence of 21 years was manifestly excessive for a man of 64 years of good character when taking into account the relevant features. In all the circumstances, the total term had been significantly too long. A total term of 17 years’ imprisonment represented the appropriate custodial term (see [160], [161] of the judgment).

Paul Bogan QC and Bob Sastry (instructed by Farleys Solicitors) for the DB.