'Abuse' warning as investigations into power of attorney surge

Investigations into the actions of attorneys and deputies appointed under the lasting power of attorney (LPA) procedure soared by more than 40% in the past year, figures have revealed, prompting a plea from a solicitors’ organisation to include a lawyer in the process.

According to figures from the Office of the Public Guardian (OPG) 1,729 investigations into the actions of attorneys and deputies were carried out in the 2017/2018 financial year – up from 1,199 the previous year.

The figures were published after a freedom of information request by pensions and investment firm Royal London. The firm has now called for more education on what people can and cannot do under a power of attorney. 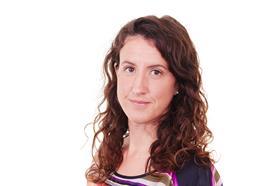 Ruth Pyatt, director at Solicitors for the Elderly.

Ruth Pyatt, director of Solicitors for the Elderly (SfE), told the Gazette that the organisation had noted a rise in ‘DIY and online submissions’ for LPAs, potentially leaving people at risk of attorneys making mistakes or, ‘in the worst cases, abuse’.

LPA agreements allow ‘attorneys’ – often an individual known to the party - to manage their personal and financial affairs should they lose the mental capacity to do it themselves. If an LPA is not agreed by the time a person loses mental capacity, deputies are appointed by the Court of Protection.

The OPG is an arm of the Ministry of Justice (MoJ) responsible for administering LPAs.

Pyatt said: ‘Creating an LPA without expert advice could result in thousands of pounds of costs later down the line to rectify mistakes, and leave people susceptible to financial abuse. Involving a solicitor in the process of creating and registering an LPA ensures that the donor’s best interests have been accounted for. It also ensures that a donor has considered all options and if necessary put in protection clauses in the LPA.’

Helen Morrissey, personal finance specialist at Royal London, said: ‘The sheer number of investigations into the actions of attorneys is concerning and action needs to be taken to curb poor practice.’