The airline industry has warned that a ‘compensation culture’ has been created for passengers taking advantage of new rules on flight delays and cancellations.

Dale Keller, chief executive of the Board of Airline Representatives in the UK, said customers now have unrealistic expectations that delays should never occur.

European passenger rights legislation known as EU261, introduced by the European Commission, entitles passengers to claim up to £520 in cash unless the airline can prove it was not to blame for a delay. 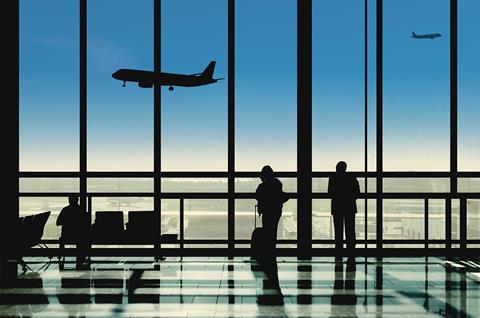 The changes have prompted a number of law firms to create aviation departments to handle compensation claims on behalf of passengers.

Keller said some passengers are now choosing not to take out travel insurance as they expect airlines to pay out should anything go wrong on their trip.

‘The compensation culture and blame game that Europe long resisted appears now to be nurtured,’ he said. ‘Increasing compensation by airlines can only lead to increased prices for the consumer; something they do not want.’

Keller argued that paying compensation beyond the original purchase price of tickets was disproportionate.

‘It is hard to see how a delayed or cancelled tube train due to a staff shortage or an over-running motorway repair causing traffic gridlock can incur hardly a mention, yet airlines, long the most sophisticated and well-run sector in transportation, incur the wrath of the regulators.’