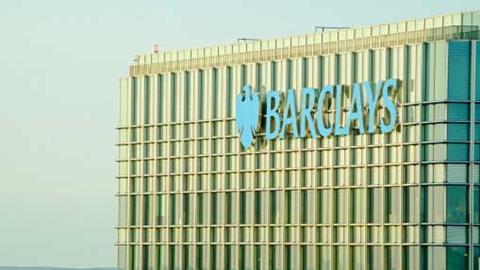 The Serious Fraud Office has charged Barclays and four of its former executives with conspiracy to commit fraud. The charges, which also include the provision of unlawful financial assistance, were announced today. They relate to fundraising arrangements by the bank during the financial crisis in 2008 when it raised billions of pounds from Qatar to stay afloat.

According to the SFO, the charges concern Barclays’s capital raising arrangements with sovereign wealth fund Qatar Holding LLC and Challenger Universal Ltd as well as a $3 billion (£2.3bn) loan facility made available to the State of Qatar acting through the Ministry of Economy and Finance in 2008.

Barclays plc, Varley, Jenkins, Kalaris and Boath have been charged with conspiracy to commit fraud by false representation in relation to capital raising in June 2008.

In addition, Barclays, Varley and Jenkins have been charged with conspiracy to commit fraud by false representation in relation to capital raising in October 2008 as well as with unlawful financial assistance.

Jenkins, who is now based in the US, is being represented by Brad Kaufman, of international firm Greenberg Traurig.

Barclays said it is ‘considering its position’ in relation to the developments.

The defendants are scheduled to appear at Westminster Magistrates’ Court at on 3 July.

The high-profile announcement of charges follows a five-year investigation. It comes as the SFO faces an uncertain future following the Conservatives' manifesto pledge for a merger with the National Crime Agency.

In a statement, City regulator the Financial Conduct Authority said: 'We are pleased that this matter, which led to the stay of our own case, is now in the public domain. We welcome a fair and transparent hearing on the basis of the charges set out today by the SFO. We work closely with the SFO across a range of matters, in pursuit of our distinct objectives.'

However some legal commentators questioned what purpose the charges would serve.

Jonathan Pickworth, partner at global law firm White & Case, told the Gazette that the charges will only harm existing shareholders and employees of the bank. ’Why is it in the public interest to prosecute the bank for its fundraising efforts almost a decade ago? Who does it punish and what purpose does it serve? All the former management team moved on many years ago,’ he said.

Raj Chada, criminal defence solicitor at London firm Hodge Jones & Allen said: ‘There has long been a clamour for individuals at banks to be held accountable for the casino banking that led to the crash and the taxpayer bailouts. The irony here is that this prosecution has nothing to do with behaviour that caused the crash but related instead to the terms of a bail out. Even more strange is that Barclays have found themselves in this mess as they eschewed a UK government bailout and went to Qatar instead.

‘No doubt questions will be asked about whether a deferred prosecution agreement (DPA) could have been considered in this case rather than a prosecution starting. The SFO have previously made clear that full cooperation is a key and it is not known what the position with Barclays was. Any fine for Barclays could be in the hundreds of millions.’