Courts can set aside government regulations that are incompatible with human rights legislation, the Supreme Court ruled today in a case that stemmed from challenges to the 2013 housing benefit changes widely labelled the 'bedroom tax'.

In RR v Secretary of State for Work and Pensions, the UK's highest court said there was nothing unconstitutional about a public authority, court or tribunal disapplying a provision of subordinate legislation which would otherwise result in them not complying with the Human Rights Act.

Rosie Brighouse, a lawyer at Liberty, said today's decision clarifies what people can expect from courts and public bodies when it comes to duties under human rights law.

PLP director Jo Hickman said: 'This judgment re-affirms that people should be able to enforce their human rights under the European Convention on Human Rights in any court or tribunal, without having to bring separate legal proceedings - just as the Human Rights Act says they should be able to. 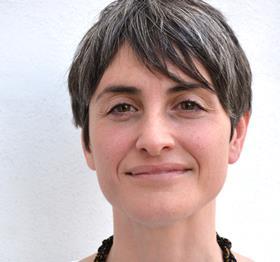 'Tribunals are intended to be a relatively inexpensive and accessible way for people to enforce their legal rights. They are often used to challenge public authority decisions about housing, disability and welfare entitlements. Where vulnerable people need a legal remedy, tribunals can be a lifeline.'

Carla Clarke, head of strategic litigation at Child Poverty Action Group, said households with a medical need for an additional bedroom, who had appealed the application of the bedroom tax to them before the Department for Work and Pensions amended legislation, can now have their appeals decided with the tribunals required to apply the original law in a way which avoids a breach of their right to non-discrimination.

Law firm Leigh Day represented the claimant, RR. Solicitor Lucy Cadd, who acted in the case with Caroline Ott, said: 'This ruling is of great significance because it not only allows for the case of our client and that of the 130 couples whose cases were stayed behind it to be resolved with the social security tribunals disapplying the bedroom tax to ensure none of those individuals suffer a human rights breach, but also because it paves the way for decision-makers to avoid human rights breaches in other areas.'