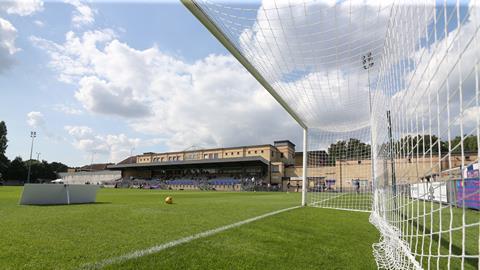 A solicitors’ firm has been drawn into a Twitter storm over its role in a trade mark dispute involving non-league football club Dulwich Hamlet.

South England firm Blake Morgan was named as solicitors acting for property developer Greendale IP LLC in a letter posted by the club on social media yesterday. Dozens of tweets were directed towards the Blake Morgan Twitter as fans vented their anger.

Greendale is a subsidiary of Meadow Residential, which owns the Champion Hill stadium where Dulwich play home games. The club is currently fighting plans by the developer to build an £80 million residential development on the South London site.

A letter from Blake Morgan sent yesterday said Greendale had registered variations of the club’s name as a trade mark and that the club should no longer use the terms.

The letter says: ‘We act for Greendales IP LLC (the Company). The Company applied for, and is now the holder of the following trademarks ‘Dulwich Hamlet Football Club’, ‘The Hamlet’ and ‘DHFC’.

‘Registration in the name of the Company was effective as of the date on which the applications were filed i.e. 17 October 2017. Copies of the registration certificates are enclosed and our client requires that the above trademarks no longer be used on any printed literature and any online activity including websites and twitter.’

Television presenters Gary Lineker and Danny Baker were among those to publicly criticise the firm over the letter.

The club has now appealed through Twitter for legal support to fight the claim.

A spokesperson for Blake Morgan said: ’We were asked to provide advice on trade mark law as part of our client’s complex discussions about land at Champion Hill.  We’re aware commercial conversations between Meadow Partners and Dulwich Hamlet FC are ongoing, but are not party to these and cannot comment further.’