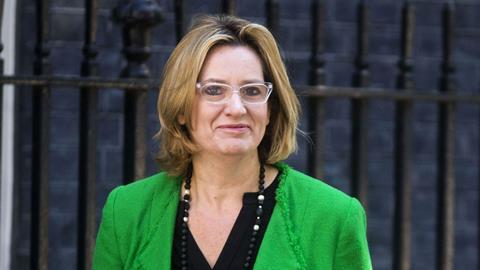 The future of the Serious Fraud Office has been secured under plans aimed at tackling economic crime – though it will have to answer to a newly created oversight body.

In an announcement today, the government said a new National Economic Crime Centre (NECC) will be set up to ‘task and coordinate the response to economic crime’.

The agency, which will sit within the National Crime Agency, will have the power to directly ask the SFO to investigate suspects. ‘The SFO will continue to act as an independent organisation, supporting the multi-agency response led by the NCA,’ a government spokesperson said.

Andrew Smith, partner at criminal law firm Corker Binning, told the Gazette that it is right that the SFO, which has made ‘significant progress’ under its outgoing director David Green QC, should continue to be tasked with investigating the worst allegations of fraud, money laundering and corruption.

Smith added: ‘On paper this is an ambitious strategy, and part of a broader drive towards increasing transparency and accountability in financial services in particular. But the recent political past is littered with such strategies. Whether the NECC can achieve its lofty ambitions is ultimately a question of funding and expertise.’

The SFO had been earmarked for a potential merger with the NCA under a pre-election pledge by the Conservatives. Those plans drew criticism from solicitors, who praised the Roskill model under which the office operated. The model sees investigators and prosecutors work together from the start of a case.

Alison Geary, counsel at international firm WilmerHale, said its not clear how different this latest proposal is.

'Had it been incorporated into the NCA, the SFO would have always needed to function as a distinct and separate department. Now it will remain independent but be required to work at the instruction of the newly-announced NECC. No information has been given about how the NECC will be funded or how that might affect the SFO’s funding. With David Green QC’s departure imminent, these questions are likely to be the first order of business for the new director,' she added.

However, Elly Proudlock, counsel at magic circle firm Linklaters, said: ‘I suspect it will be business as usual for the SFO, and I doubt that David Green has been having sleepless nights about the agency’s future. Given the significantly different models that the two agencies operate under, there can’t have been any real prospect of folding the SFO into the NCA.’

New laws and an enhanced operational response to crack down on money laundering have also been proposed.

Under the plans, the government has renewed a commitment to introduce an Overseas Companies Beneficial Ownership Register. This will ensure that overseas companies that own or buy property in the UK, or participate in central government procurement, will be required to provide details of their ultimate owners. The government claims this will reduce opportunities for criminals to use shell companies to launder illicitly gained wealth in London property.

A new working group, which will include the SFO, NCA, the Crown Prosecution Service, the police and HM Revenue & Customs, will also be created with powers under the Criminal Finances Act. The Law Commission has also been asked to review the law on confiscation under the Proceeds of Crime Act to try and improve the process for obtaining and enforcing confiscation orders.

Home secretary Amber Rudd said: ‘The measures we have announced today will significantly improve our ability to tackle the most serious cases of economic crime by ensuring our agencies have the tools and investment they need to investigate, prosecute and confiscate criminal assets.’