According to the revised figures, the earnings gap has more than doubled, rising from 22% to 58% (mean), when partners appear alongside employees. The mean bonus gap rises from 47% to 52%. Pinsent Masons’s initial figures, complying with the requirement to provide statistics about employees were published in February.

The firm said its decision to revise its data follows ‘concerns expressed by a number of individuals in business and government’ that omitting equity partners - firms’ highest earners and predominantly male - distorts the true nature of the pay gap. However, it said that government guidelines still ‘prohibit the inclusion of partner data’.

In the partnership alone the firm has a 22% mean pay gap. 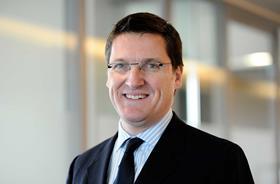 Richard Foley, senior partner at Pinsent Masons, who previously told the Financial Times it would be ‘unfair’ [to criticise law firms for not including partner pay in the data], said: ‘As a business, we pride ourselves on our commitment to diversity and inclusion. Since publishing our numbers we have become increasingly concerned by a perception that in following regulations designed to promote transparency partnerships have somehow avoided their responsibilities.’

‘Today we are publishing numbers which go beyond what is stipulated in government guidelines,’ he added.

Foley said the figures affirm the ‘long-recognised fact’ that not enough women are making it into senior positions in the legal profession.

Today, 25% of the firm’s partnership is female compared with 17% five years ago and four out of nine board members are female. Foley added: ‘We know, though, that is not enough and we continue to pursue a bold strategy of change.’