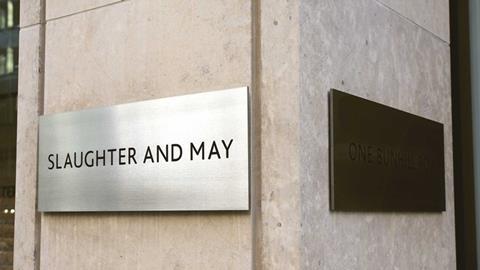 MPs rap Slaughter and May over lack of pay gap transparency

MPs today accused magic circle firm Slaughter and May of failing to be ‘open and transparent’ over its failure to include equity partners in its gender pay gap report.

In heated exchanges this morning, members of the Commons Business, Energy and Industrial Strategy (BEIS) Committee quizzed the firm’s HR director Louise Meikle about the reason to exclude partners from statutory reports - and on why comparatively few women are reaching the partnership.

Slaughter and May reported a median pay gap of 38.5% and a bonus gap of 54.8% earlier this year. However, like many firms reporting under the Equality Act 2010 (Gender Pay Gap Information) Regulations, it declined to incorporate equity partners on the grounds that they are not employees.

Committee chair Rachel Reeves (Labour) said the firm had not provided a true picture as its data claimed the top quartile to be 46% women when in fact the partnership is 76% male.

Meikle said the regulations expressly said partners should not be included.

‘How much does to average partner make in a year?’ asked Reeves. Meikle replied that, as partners are 'owners of the business’, these figures are not made public.

She added: ‘We have a simple approach to partner remuneration. Profit and length of time as a partner are the only factors that come into play. The gender balance is something we are open about.’

Firms came under fire during the reporting period over the question of equity partners. Of the magic circle, only Clifford Chance and Linklaters provided partner figures.

Reeves said: ‘If I was a young women listening to this evidence, I’d think about not going there [Slaughter and May] and think about opting for one of the firms that does have the initiative to be open and transparent.’

Meikle asked whether Clifford Chance and Linklaters had shown anything new in their reports, to which Reeves said: ‘It’s about telling the truth, with respect.’

Albert Owen (Labour) asked why Slaughter and May could not have ‘found a way’ to report its pay gap, given that ‘two of the five magic circle firms’ managed to do so.

Meikle called for guidance from the government on how best to consistently provide a report that includes partners.