More than 1,000 students have signed up to a group litigation claim against universities over days lost because of a strike by lecturers, according to a law firm behind the action.

According to London firm Asserson, the institutions could face compensation claims running into the millions of pounds. The firm will seek permission to apply for a group litigation order, similar to that in the VW emissions litigation, in the coming months. Consumer and human rights firm Leigh Day is investigating potential separate action on behalf of students. 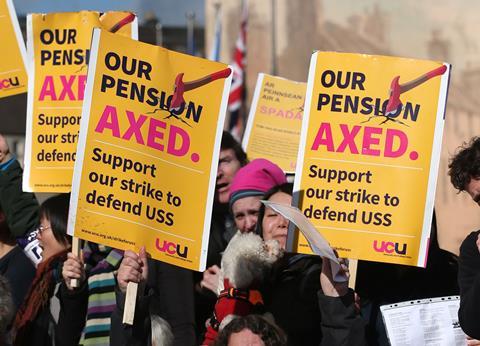 Students at more than 60 universities say they lost up to 14 days of teaching time when lecturers refused to work in a row over their pensions. The strikes have now been suspended. The claim will be for breach of contract. Universities have an agreement with students to provide a certain amount of teaching per year (25-30 weeks).

The Gazette understands that the claim will involve multiple defendants named in the early stages of the trial. Universities UK – the body that represented the universities in the pension’s dispute - would not be the defendant. However, it is expected that at an early stage a judge will give directions to form one defendant group. The same would apply to the students who would form a committee to pick the best line of argument.

‘The court is likely not to be happy with multiple defendants and legal teams arguing the same case,’ said Shimon Goldwater, associate at Asserson.

Discussions have taken place with a number of litigation funders, Goldwater said, but no decision – either on the size of funding or what fee the funder would take – has been made.

Goldwater said a funder's involvement ‘added to the attraction’ of a claim for students. After the event insurance would limit students' liability to any adverse costs.

According to Asserson, which has set up a dedicated website, students from some of the UK’s most prestigious universities, including Oxford, Cambridge, Durham, and Imperial College London, are involved. The University of Kent has the largest number of claimants (127), followed by Manchester (88). Bristol, King’s College, London and  Nottingham make up the rest of the top five.

Goldwater added: ‘No other service provider would get away with charging for 25 weeks of a service and cutting that to 22 with no price reduction. There is no question that universities owe students fair compensation. If the class action is accepted, universities would pay out millions of pounds.’