Indian 'fly in fly out' case heads to Supreme Court

Leading City firms will go to India’s highest court next week for the next round of an ongoing fight to liberalise the country’s potentially lucrative legal services market. 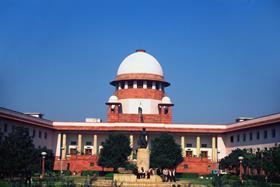 Counsel for nine UK-based firms, including two magic circle firms, will appear at the country’s Supreme Court on Monday to argue in favour of ‘fly-in, fly-out rules’, which would enable them to advise clients in India on matters of non-Indian law.

The case follows a 2012 ruling from the Chennai High Court. In that ruling, the court gave foreign firms the right to practise in India on a ‘fly-in, fly-out’ basis. Lawyers were also granted the right to act in commercial arbitrations and be involved in legal process outsourcing companies.

At the time, the ruling was seen as a crucial step towards freeing up India’s legal services market. However the Bar Council of India (BCI) appealed against the ruling and appeared in court yesterday.

The case arose from a petition filed by Indian lawyer AK Balaji who asked the BCI to take action against foreign law firms and lawyers allegedly ‘illegally practising’ in India.

The case centres on the interpretation of India’s Advocates Act 1961 and alleges that, by practising law in India without being registered as an 'advocate', foreign lawyers are in breach of the act.

The Gazette understands the Supreme Court rejected a request to adjourn yesterday's hearing and that the government is keen to see a conclusion to the case so that it can press ahead with long-awaited plans to liberalise India’s legal market.

Should the High Court judgment be upheld, the government would be in a better position to continue plans to liberalise the Indian market. Currently, only Indian citizens are allowed to practise in India. Speculation at the potential opening of the legal market has surfaced regularly over the past 20 years.