Insurer claims to have key to persuading lawyers to use DBAs

An insurance broker says it may have cracked the problem of litigators’ aversion to damages based agreements (DBAs).

Finance and insurance broker TheJudge this month released details of a new DBA-specific insurance cover product available to law firms willing to accept an engagement on a contingency fee basis.

The funding method was a key part of Lord Justice Jackson’s costs reforms implemented in 2013 but take-up has been virtually non-existent, as firms seek more clarity on the rules and the government continues to oppose partial or hybrid DBAs.

The idea is this provides firms with greater financial certainty by limiting their risk exposure when offering DBAs, persuading sceptical partners it is worth seeking this option.

Matthew Amey, director at TheJudge, said firms are looking on with frustration at significant returns being passed on to third party funders for cases they successfully litigate. 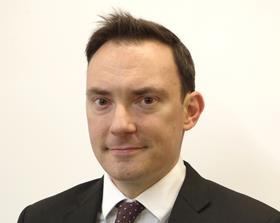 He added: 'Other firms fear they are in a losing battle to hold on to the billable hourly rates. In the face of increasing competition, law firms are discounting their headline rates in order to secure instructions to such an extent that many are worried the situation will not be sustainable in the long term if they want to provide the same quality of service.'

'Others, trapped by their ability to react given internal billing restrictions, lose clients to firms that do offer DBAs or other alternative fees.'

The funding scheme has been backed by litigator Mark Shillito, head of dispute resolution in the UK and US for Herbert Smith Freehills, who said DBA insurance could make pricing arrangements sustainable for firms as well as attractive to clients.

He said: 'Being able to share the contingency fee risk with insurers enables law firms to align their interests with those of the client and demonstrate their confidence in the claim whilst maintaining an element of financial certainty when working on a contingent basis.

'This could prove to be a real game changer in the use of damages based agreements by law firms in the UK.'

As long ago as September 2015, the Civil Justice Council handed the government a series of recommendations to improve take-up of DBAs.

Last year, Professor Rachael Mulheron, chair of the Civil Justice Council’s working group on damages-based agreements, hit out at the government for failing to act on any of the 56 recommendations it had made at the government’s request.