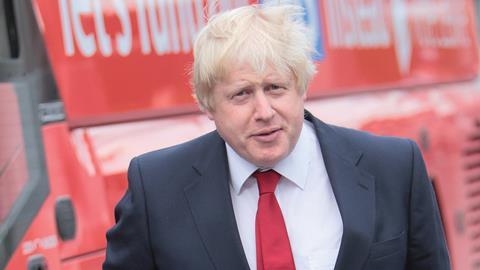 Lady Justice Rafferty and Mr Justice Supperstone today set out their reasons for their decision last month to throw out a private prosecution of Johnson. They were overturning a decision by Westminster Magistrates' Court to commit the leading figure in the Brexit campaign for trial in the Crown court.

In Alexander Boris de Pfeffel Johnson v Westminster Magistrates' Court, the judges dismiss claims by counsel for Marcus Ball that the crowd-funded prosecution raised no public law challenge and that the threshold for the issuance of a summons is a low one. 'Failure to insist upon a high threshold, so as to confine the offence of misconduct in public office within its proper ambit, would place a constraint upon the conduct of public officers in the proper performance of their duties, contrary to the public interest,' the judgment states.

It finds that District Judge Margot Coleman erred in finding that Johnson was a public office holder 'acting as such' when he made claims about the UK's contribution to the EU budget during the Brexit campaign. Case law demonstrated that to be guilty of misconduct 'the individual must be acting as, not simply whilst, a public official', the judgment states.

Backing Johnson's claim that the attempted proscution was politically motivated, the judgment lists eight examples of Ball stating his motives in interviews and social media posts between 2016 and March 2019. These include a deleted post on the crowdfunding website that the campaign's goals include preventing Brexit. The judges found no reasoning to support the district judge's conclusion that the prosecution was not vexatious.

With notable understatement, the judges add that 'The problem of false statements in the course of political campaigning is not new and has not been overlooked by parliament.' In both the Corrupt and Illegal Practices Prevention Act 1895 and the Representation of the People Act 1983, parliament made a choice 'not to do precisely that which [Marcus Ball] now seeks to achieve'.

Nick Barnard, associate at London criminal firm Corker Binning, said: 'In light of such sweeping conclusions, it is hard to imagine a magistrates’ court ever again permitting a similar case to advance and we can be relieved that the criminal law has quickly and unequivocally distanced itself from the arena of political discourse.'

The judgment makes no mention of costs.