A judge has decided that her ruling on an issue of indemnity costs should remain unpublished after the parties settled the dispute at the last minute.

Ms Margaret Obi, sitting as a deputy high court judge in Kingsley Napley LLP v Harris & Anor (Costs), had sent both parties her draft judgment last week with the usual request for obvious errors. She then received the message that both sides had reached an agreement, even though she had not previously been notified that they were in negotiations.

Obi concluded that, despite judicial time and resources having been wasted drafting the ruling, settlement – even very last settlement – should be encouraged. She said the public interest factors in favour of publication were significantly outweighed by those against it. 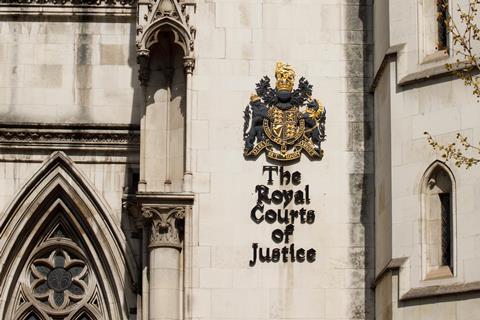 London firm Kingsley Napley had issued a claim against former client Stephen Harris over non-payment of fees, to which he counterclaimed with allegations of professional negligence on three matters.

The trial took place in January, with all three counterclaims dismissed, of which just one was heard in public and reported. The outcome of the fees claim has not been disclosed. Post-judgment, the court was asked to decide whether some of Kingsley Napley’s costs should be assessed on the indemnity basis and both sides made written submissions.

After settlement was reached, Kingsley Napley requested via email that the judgment on indemnity costs should be published anyway. It pointed to the public money resources used on a judge drafting her ruling and said the dispute covered important matters around indemnity costs generally which would help other litigants. It was also submitted that if the judgment was not published then there was a risk that parties might use draft judgments in future as a ‘stepping stone’ to settlement.

Harris’ lawyers said the work involved was a ‘strong factor but cannot be decisive’ and argued that the ruling was unlikely to be of general interest. The judge agreed and said that as the context on the issue was not publicly available, a published judgment about indemnity costs was likely to be of limited interest to third parties and members of the public.