Judges could get new powers to bring contempt actions

Judges could be given new powers to bring contempt proceedings against defendants under proposed redrafting of civil procedure rules.

Consultation was opened yesterday by the Civil Procedure Rule Committee on possible amendments to Part 81, concerning the practices and procedures on contempt of court.

Committee chair Lord Justice Coulson said a number of senior judges have commented on the unsatisfactory wording of Part 81 – including in the Yaxley-Lennon case – and the current provisions now appear unsatisfactory. 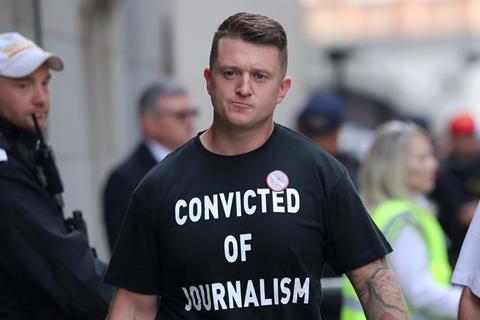 Coulson said the existing Part 81 is ‘not easy to operate’ and the committee proposes a uniform procedural code for use in all contempt proceedings.

The most eye-catching change could be to allow the court to initiate its own contempt proceedings without any need for an application from a third party. Judges could be able to issue a summons to the defendant, requiring them to attend court for directions. The summons would indicate to the defendant whether the proceedings will be tried by the judge issuing it; judges would have a template to fill in and could instruct staff to help with drafting.

The consultation notes: ‘While some may object that judges are already hard pressed enough, in many cases if the judge does not take the lead, serious contempts will go unpunished.’

Power to commit individuals for contempt could also be extended to circuit judges, although the committee does not express a view on whether this extension might also include district judges and/or masters. Procedural rules currently limit the jurisdiction of those who are not salaried High Court judges.

The consultation says guarantees of procedural fairness must be the ‘cornerstone’ of the new draft Part 81. This includes defendants having the right to be legally represented, being entitled to apply for legal aid and being given reasonable time to prepare and produce witness evidence. Punishment should be reduced if the defendant admits the contempt and wishes to apologise to the court.

Other proposed rule changes include changing ‘applicant and respondent’ to ‘claimant and defendant’, listing and hearing all contempt hearings in public unless the court directs otherwise, advocates and the judge appearing robed in all contempt proceedings, and judgments being transcribed on the judiciary website.

Coulson said the committee is agreed that current rules cause ‘frequent difficulties’ and must be simplified, shortened and strengthened. The consultation closes on 1 May.