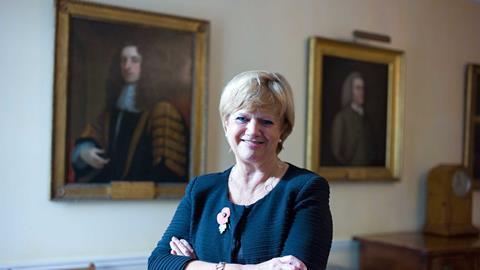 The coroner at the inquest into the deaths of the 7/7 London bombing victims  has been appointed vice president of the Court of Appeal (criminal division). She succeeds Lord Hughes of Omberley, who was appointed to the Supreme Court in April.

Lady Justice Hallett (pictured), 63, became a full-time judge of the Queen’s Bench Division in 1999 and a presiding judge of the Western Circuit soon after. She was promoted to the Court of Appeal in 2005. She served on the Judicial Appointments Commission as an inaugural commissioner and then as vice-chairman for five years.

The Rt Hon Dame Heather Carol Hallett DBE, an alumna of St Hugh’s College, Oxford, was called to the bar in 1972 and became a QC in 1989. She was the first woman to chair the Bar Council, in 1998.

She became a bencher of Inner Temple in 1993 and served as leader of the South Eastern Circuit between 1995 and 1997.

In 2011 she was appointed vice-president of the QBD and is currently chairman of the Judicial College.

Lady Justice Hallett was tipped for the post of lord chief justice earlier this year, before the appointment went to Sir John Thomas. She impressed as coroner at the inquest into the deaths of the 52 victims of the 7 July 2005 London bombings.