A new guide to detecting money laundering contains everything a lawyer needs to know.

Let me tell you about a rare example of international legal co-operation. A Lawyer’s Guide to Detecting and Preventing Money Laundering has been published jointly by the Council of Bars and Law Societies of Europe, the International Bar Association (IBA) and the American Bar Association. The publication was launched at the IBA’s annual conference in Tokyo (pictured) and can now be downloaded from those organisations’ websites. 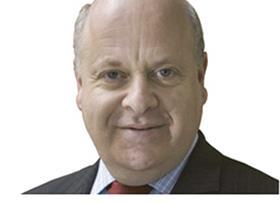 You may think that there has been enough published about money laundering to last several lifetimes. But this guide is different, if only because it contains all the wisdom in one concise text. And you now have a handy reference for those phrases and acronyms that might annoy you in money laundering lectures – red flags, CDD, STR, FATF and the rest.

The body behind the money laundering legislation of the last few years, the Financial Action Task Force (FATF), published a guide for lawyers some months back. But the international legal profession – including the three bodies behind the new guide – were not happy and protested about its inadequacies. As the new guide says, the FATF effort focused ‘heavily on situations in which lawyers are knowingly involved in money laundering and/or terrorist financing activities’.

It appears from the new guide that ‘unwitting’ is not the most precise word. It speaks instead of a spectrum: from innocent involvement (no red flag indicators apparent); to unwitting (basic customer due diligence (CDD) has been undertaken, and, although there are some red flags, they have been missed or their significance misunderstood); all the way along to the wilfully blind, followed by those who have been corrupted, and finally the outright complicit.

‘Red flags’ is the guide’s favourite phrase, with many examples given. For instance, under the question ‘Is the client risky?’, there is a list of indicators: is the client secretive or evasive about its identity; or about the source of funds or money; or as to why it is doing the transaction in this way; or is the client known to have convictions, or unusually familiar with the ordinary standards provided for by the law for satisfactory customer identification? And so on.

There are more red flags about the nature of the funds. Is there a disproportionate amount of private funding, or bearer cheques or cash; or a significant increase in capital for a recently incorporated company; or is the client using multiple bank accounts or foreign accounts without good reason?

As for the choice of lawyer, you should look out if lawyers have been engaged without competence in the relevant area of law (I am shocked – can that ever happen?); or if the client is prepared to pay substantially higher fees than usual, without good reason; or if a client has changed legal advisers a number of times within a short period; or if there is an engagement of multiple legal advisers without good reason. As the guide says, if an instruction is too good to be true, then it may be.

There are case studies at the end, a glossary (for the non-nerd, SRO stands for self-regulating organisation), and links to the principal global source documents. You might know everything in the guide, but now you have it handy when your client deposits the property’s total purchase price in cash at the very outset of the engagement, well before final agreement is reached on the price (example 6 – there are more sophisticated examples available for your instruction).

Money laundering compliance is not going away. In fact, the fourth EU directive is on its way. And the same body which houses the FATF, the Organisation for Economic Co-operation and Development, has just published Standard for Automatic Exchange of Financial Account Information in Tax Matters with more due diligence and reporting, albeit for financial institutions – which the EU now wants to turn into a directive.

So, if in the course of advising a client on a proposed investment you come across a news article in which the client is reported to have been accused of bribery (example 2, discussing politically exposed persons or PEPs), you know what to do – consult A Lawyer’s Guide to Detecting and Preventing Money Laundering.

Jonathan Goldsmith is secretary general of the Council of Bars and Law Societies of Europe, which represents around a million European lawyers through its member bars and law societies. He blogs weekly for the Gazette on European affairs