Leigh Day has called on the Home Office to expedite a compensation scheme for people of the so-called 'Windrush Generation' as it prepares a potential group action over the effects of the government's 'hostile environment' policy.

The human rights firm said today that it is investigating the potential of an action on behalf of a 'number of people'. Issues facing them include being unlawfully detained and deported, losing jobs or employment rights, and being denied medical treatment, the firm said. 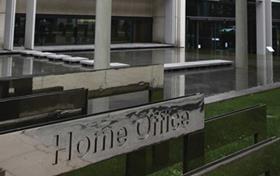 Jamie Beagent, a partner in the firm's human rights department, said the compensation scheme would need to 'fully and fairly' compensate every individual for the particular harm and loss they have suffered, including the loss of dignity.

He said: 'While we welcome the news that the government intends to set up a compensation scheme for these British citizens, we know very little more. We are also sceptical that such a scheme will adequately recompense our clients for what they have been through and what they have lost, and seems to be a failed crisis-management ploy.

'We urge the government to provide further details, including a timeframe for the scheme, and if these are not adequate we will be bringing a group action, under the Human Rights Act, on behalf of these members of our society who have been treated so badly by a government which sought to make the rest of society hostile toward them.'

Last week immigration specialists criticised the now departed home secretary Amber Rudd for suggesting that those who call a helpline to contact the Home Office do not need to instruct solicitors.

The Law Society has urged the government to restore legal aid for immigration, after drawing attention to official figures that show an alarming drop in the number of people who receive publicly funded immigration help.