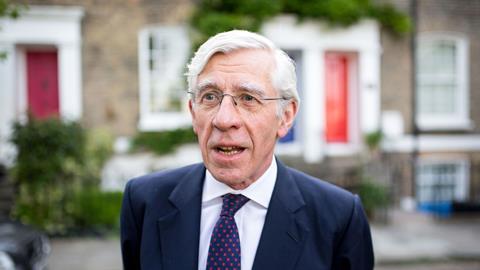 Seven Supreme Court justices today unanimously dismissed the government’s attempt to quash legal actions brought against it by Libyan nationals who claim they were subject to unlawful rendition and torture.

The claims include one on behalf of Abdel Hakim Belhaj against former foreign secretary Jack Straw (pictured) in a case which involved admissions that legally privileged communications had been intercepted by security services.

In a series of linked judgments, the justices ruled that ministers cannot claim ‘state immunity’ or escape trial on the grounds that ‘foreign acts of state’ cannot be tried in English courts. Giving the lead judgment in Belhaj and another v Straw and others, Lord Mance said that the ‘foreign act of state’ rule is subject to a public policy exception ‘which would permit the allegations of complicity in torture, unlawful detention and enforced rendition in this case to be pursued in the English courts’.

The cases of Belhaj and Rahmatullah v Ministry of Defence, alleging complicity in rendition and torture, will now proceed to full trials.

Solomon Sacco, senior legal adviser at Amnesty International, commented: ‘It should have been obvious that claims that the UK authorities were complicit in torture must be heard by UK courts. The UK government should never have tried to prevent the courts from hearing these shocking cases. No government should be able to escape judicial scrutiny of its possible role in such heinous acts simply because doing so could implicate another country.’

London firm Kingsley Napley released a statement by Straw saying: ‘This judgment is about some important points of law, related to how far it is possible to bring into a court process in the UK actions of sovereign states abroad. However, at no stage so far have the merits of the applicant’s case been tested before any court. That can only happen when the trial of the action itself takes place.

'I repeat what I said in the House of Commons in December 2013, that as foreign secretary I acted at all times in a manner which was fully consistent with my legal duties, and with national and international law. I was never in any way complicit in the unlawful rendition or detention of anyone by other states.’