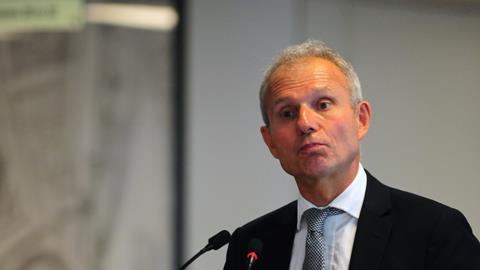 Lord chancellor David Lidington has insisted England and Wales will continue to be the pre-eminent jurisdiction for dispute resolution after the UK leaves the European Union.

Addressing judges for a Mansion House speech last night, said he was well aware of the continuing importance of legal services for the City and beyond, but said the country has the means and opportunity to retain its current status as a leader in civil justice.

Lidington acknowledged that some EU countries appear to see Brexit as an opportunity to compete for a greater share of the international commercial contractual dispute resolution market. This challenge may come through plans to operate English-speaking common law courts in their jurisdictions, he predicted.

The lord chancellor said: 'Putting aside the fact that these English speaking courts do present a platform for English lawyers and judges to enhance their reputation and make English courts and English law more attractive, why should a discerning litigant or practitioner accept an imitation when the original masterwork is still available to them?

'For English common law is already the global law of choice. It has clarity, predictability, certainty and crucially commercial adaptability. The common law after all underpins law in over a quarter of the world’s jurisdictions.'

Lidington said the government will launch a campaign later this year to promote English law. This will highlight the fairness of the courts in England and Wales and the 'unrivalled' legal expertise of the profession. He added: 'The message will be: "choose the UK and you get a global guarantee of judicial excellence and integrity".'

On that occasion, and in subsequent public appearances, Liz Truss had declined to criticise the nature of the press response to the judgment, and was criticised for not being quick enough to defend the rule of law.

Lidington did not discuss the media coverage, but said the case demonstrated a 'profound' constitutional principle in which an aggrieved citizen can go to an independent court and challenge their elected government. 'We live in a country that is governed by the rule of law, not one governed by the rule of men and women even if those men and women enjoy an electoral mandate,' added the lord chancellor.

At the same event, the Lord Mayor London said that the legal profession will be best placed to help the UK through Brexit. Andrew Parmley said members of the judiciary and ‘wider legal services’ were in prime place to bring ‘harmony, reassurance and reliance’ to protect the UK’s ‘pre-eminent position in international business’.

Parmley said the independent and intellectual reputation of the judiciary, the quality and flexibility of English law and London’s role as a centre for international dispute resolution would help stand the country in good stead.

‘The world can, and should, continue to have confidence in its greatest legal system. As for everything else we have, in UK legal services, a wealth of expertise to help secure the best possible deal.’