Former magic circle partner Sarah Falk has taken up her post as a High Court judge today, the opening of the legal year. She is one of only three solicitors to have been appointed directly to the High Court from private practice and the first woman. 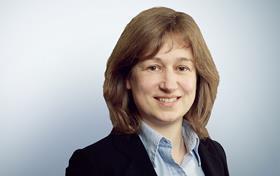 Falk, a partner at Freshfields Bruckhaus Deringer for nearly 20 years, takes up her appointment today following the promotion of Lady Justice Asplin to the Court of Appeal.

Falk was admitted to the roll in 1986 and became a partner at Freshfields in 1994. Over the past 30 years, she has advised on all aspects of corporate tax strategy, and corporate finance transactions and restructurings.

She retired from the Freshfields partnership in April 2013, though remained with the firm as a consultant.

In 2015, she was appointed a fee-paid deputy Judge of the upper tribunal, tax and Chancery Chamber.

Senior partner Edward Braham said: ‘It has been a privilege to work with Sarah. She is an exceptional lawyer with an impressive track record in private practice, and we wish her every success as a High Court Judge.’