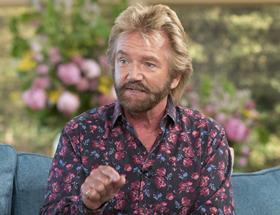 The firm representing TV presenter Noel Edmonds in a multi-million claim against Lloyds Banking Group has said it expects to file a pre-action letter imminently.

Commercial firm Keystone Law said lawyers are expected to serve Lloyds Bank with a ‘pre-case letter this Wednesday [tomorrow]’. A formal claim may not be filed until early December.

Edmonds, who hosted game show Deal or No Deal, is seeking redress for misconduct at HBOS, acquired by Lloyds at the height of the financial crisis, which he alleges pushed his company Unique Group into failure. Litigation funder Therium Capital Management has said it will provide more than £1m to fund Edmonds’ claim.

Keystone Law said this morning that after 18 months of ‘meticulous preparation’ by a crack team of professionals called 'Team Noel’, the long-expected claim against Lloyds Bank is ready to proceed. It said £30m in damages had been estimated but that the amount could double. The firm explained the length of preparation by saying the fraud was sophisticated, took place over a period of years and involved a number of individuals and companies.

Edmonds, who is expected to join contestants on television show ‘I’m a Celebrity Get Me Out of Here’ this week, has been given special permission by the production team to review the letter before it is filed, the firm said.

A Lloyds spokesperson said: ’We are still waiting for Mr Edmonds to file his legal claim. If he does file his claim, it will be contested‎. We continue to make good progress compensating the approximately 70 customers impacted by the fraud at the HBOS Impaired Assets office based in Reading. We have now provided outcomes to 98% of customers in the review and nearly 90% of these offers have been accepted.’

Last year, the bank’s chief executive Antonio Horta-Osario said that victims would be ‘fairly, swiftly and appropriately compensated’ after former employees were found to have acted fraudulently in their handling of small business clients.