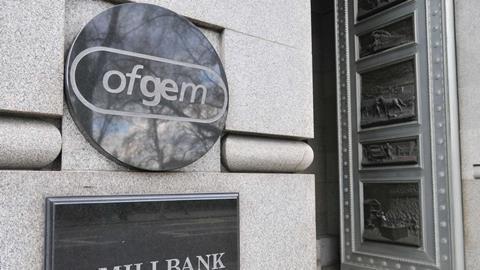 Energy regulator Ofgem has criticised some of the UK’s leading utilities for sending misleading letters to customers in debt.

A review of correspondence carried out by the regulator earlier this year found several companies used ‘alternative branding’ to communicate with customers.

The investigation is the latest example to come to light of businesses sending letters purporting to be from an independent law firm or debt recovery service.

Payday lender Wonga has already been made to pay compensation by the Financial Conduct Authority for sending letters citing fictitious law firms. Banks including Lloyds, HSBC and RBS were also criticised by MPs on the Treasury select committee for letters they had sent.

In an open letter to suppliers, Ofgem said a ‘substantial’ number of letters did not make it obvious who the communication was from.

‘Some branding or detailed wording implies that the case has been passed to a separate debt collection agency when it has not,’ said the letter.

Ofgem reported that npower and Utility Warehouse continue to use alternative brand names linked to either internal debt management teams or subsidiaries. EDF, Utilita, British Gas, Scottish Power and EON have all referred to different brands for debt collection in the past.

An Ofgem spokesman said: ‘While this practice was once widespread, the vast majority are no longer using alternative branding, with some having changed their practice recently.

‘We also uncovered some examples of poor practice which certainly fall below the standard we would expect.’

Consumer analyst Martin Lewis, who founded the website moneysavingexpert.com, said banks should be investigated by the FCA and prosecuted if appropriate.

‘There is a culture in the banking sector of “how do we bring in the bottom line regardless of cost?”’ said Lewis. ‘Until that culture changes we should not trust them.’