Online court may need only one procedure rule, says Briggs

Legislation this year could introduce radically simplified procedure rules for the proposed online civil court, Supreme Court justice Lord Briggs has revealed. Addressing a Cyprus conference on civil procedure rules, Lord Briggs said the online court - whether for civil, family or tribunal cases - might have only one rule: 'Do what it says in the electronic form.'

The effect would be to do away with the barriers thrown up by the current CPR White Book, under which litigants in person 'are simply unable to understand and then comply with the complex rules of the game', he said. The solution to this access-to-justice problem lies in the use of IT, to enable people to bring and defend small or moderate value claims online. 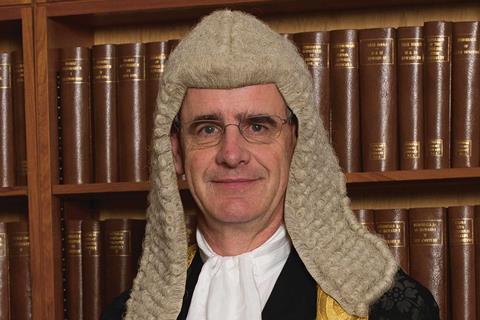 'This does not mean that the wise litigant will take no legal advice on the merits, or even where necessary, to use a lawyer to argue a point of law or cross examine a witness at trial. But it cuts out the huge expense of doing the civil procedural dance necessary under our present CPR regime to get there, every part of which usually has to be, or at least is, conducted by a lawyer.'

Examples of new online procedures include the RTA Portal and the new online court for small money claims. This will be the prototype for a radical recasting of the way in which, eventually, most civil ltiigation will be conducted in England and Wales, Lord Briggs said.

On the legislative underpinning of the online court, he said that 'Another bill is coming down the line this year. Who knows, it may reach its destiantion and become law.'