The prime minister has rebuffed calls to intervene into an attempt by the families of the 1974 Birmingham pub bombings victims to secure legal aid ahead of a fresh inquest due to begin shortly.

Labour MP Andy Burnham told Theresa May during yesterday’s PMQs that bereaved families have no legal funding for the inquest, which starts in a month, highlighting that West Midlands police ‘has set aside for itself a legal fund of £1m’.

Burnham said: ‘Prime minister, this is a shameful set of affairs. Please intervene and show the Birmingham families the same compassion as was shown to the Hillsborough families.’

May responded that the families had been encouraged to apply for exceptional funding. ‘That was, as I understand it, what happened after the 7/7 bombings,’ she added. ‘The home secretary has made clear her expectation that funding will be provided. We are waiting for the decision from the legal aid fund, and we are hopeful that it will be a positive one.’ 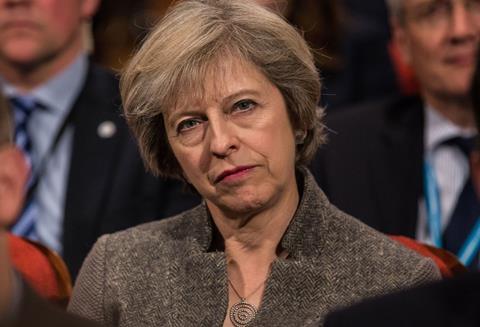 May’s comments come less than a week after justice secretary Liz Truss offered to meet family members to ‘express her condolences and hear first-hand from those affected by this terrible event’.

The Ministry of Justice said she would be unable to discuss any elements of the families’ legal aid application.

It added: ‘Under the Legal Aid, Sentencing and Punishment of Offenders Act 2012, it would be unlawful for the lord chancellor to have influence over an individual funding decision.

‘This is to ensure that there is no political interference in what are very important decisions concerning access to justice.’