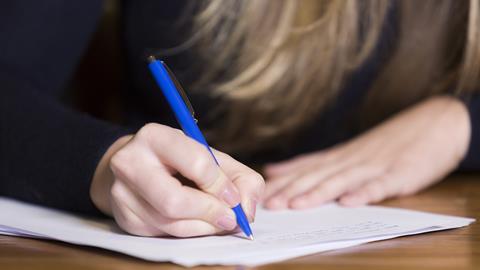 Law teachers have branded the Solicitors Regulation Authority’s plans for a solicitor ‘super exam’ as ‘disingenuous’, claiming the proposals do not have the support that the regulator has claimed.

In a statement today the Association of Law Teachers said the SRA had been misleading in its reporting of responses to its consultations. The SRA received 253 responses but only 148 appear in its summary of responses published last month, the association said.

Jessica Guth, chair of the ALT, which has around 470 members, called on the SRA to publish the remaining responses and explain the ‘discrepancy in numbers’.

‘Given the overwhelming lack of support for the SQE in the responses that have been published and the many concerns raised throughout this consultation process, it is important that a proper analysis of all responses received can be undertaken,’ she added.

Chair of Association of Law Teachers

Professor Elaine Hall, who undertook an initial analysis of the consultation responses on behalf of the ALT, said the SRA had conflated ‘support for an independent professional assessment in principle’ with ‘support for the SQE’.

‘This is a stretch, since the second consultation looked at specific questions about the SQE only,' she said.

She added that the SRA was drawing attention away from ‘simple facts’ by using terms like ‘general support’. Meanwhile, 68% of the respondents think the SQE is not ‘a robust and effective measure of competence’ and 66% think it is not ‘a suitable test of the requirements needed to become a solicitor',’ Hall said.

These negative views are not only the province of universities, they are held by the majority of solicitors’ firms who responded and more than half of individual legal professionals.

Overall, fewer than a quarter of respondents support the SQE (other responses are neutral), so this does not translate to ‘general support’, she added.

An SRA spokesperson said it has always been clear that views on SQE were mixed, and has been open about the fact that those organisations that supported centralised assessment in general said they were concerned about the detail. 'We agree that there is a more work to do on the detail of SQE, and, as we have said, we are committed looking to working with everyone over the coming months to get it right,' the spokesperson added.

’The SRA always asks all respondents to consultations for permission to publish their comments. The responses published on the SRA website are the ones where permission was given.’