Leigh Day senior partner Martyn Day has suggested his prosecution by the Solicitors Regulation Authority was part of a 'bigger picture of a political game' aimed at muzzling human rights defenders. 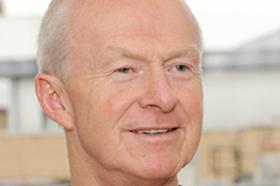 Day, along with his firm and solicitors Sapna Malik and Anna Crowther, was cleared earlier this month of 19 allegations brought by the SRA. The tribunal was the longest of its kind, lasting seven weeks, and is estimated to have cost at least £9m.

During the hearing, correspondence between the SRA and the government was disclosed, including letters exchanged between defence secretary Sir Michael Fallon and SRA's chief executive. Day says the extent to which the government influenced the prosecution was unclear, but he maintains there was a 'very strong political element' to the case.

'We always felt very strongly that the Ministry of Defence in particular, but all the way up to the prime minister, him and then herself, they had a very big political battle to fight attacking the Human Rights Act, attacking human rights lawyers and we were the right people at the right time as far as they were concerned, Day told the Gazette. 'This all became a part of that bigger picture of a political game.'

Day, in his first interview since the verdict, admitted that the firm made mistakes in failing to spot the significance of documents, and he stressed it will be more cautious in future, without affecting the nature of the work it does. The firm will also review the training and guidance given to lawyers in relation to document handling.

He thanked colleagues in the profession for their messages of goodwill and said there was a sense of the wider importance of the case.

'I have had messages not just from human rights lawyers in the UK but abroad: people saying they would be really worried that the atmosphere is changing about lawyers operating in the human rights field internationally and that they have been delighted that we have been able to successfully bat off these allegations,' the 60-year-old added. 'I think it has been seen as being a major case not just in this country but internationally.'

The SRA has said it will consider whether to appeal the tribunal decision once the written judgment is published in August. The issue of costs will also be considered after that date.