SRA to ask judges to spill beans on solicitor advocates

The Solicitors Regulation Authority is set to interview judges to see whether solicitor advocates in criminal proceedings are performing well enough, in a move that could hint at an eventual resurfacing of the controversial Quality Assurance Scheme for Advocates (QASA).

It is hoped that the interviews, which are part of the regulator’s research programme, will reveal whether clients are getting adequate representation and will attempt to address ‘long-standing’ concerns over the standard of advocacy. Solicitor advocates welcomed the move - but warned against reliance on 'partisan anecdotes'. 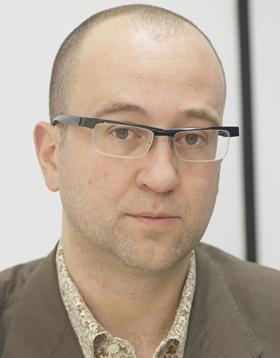 Plans for the research are revealed in papers for the SRA's 12 July board meeting, made public only today under the regulator's policy of excluding the public from its meetings.

The SRA said it would conduct ‘in-depth interviews’ with the judiciary to ‘understand their views on the quality of solicitor advocates and barristers across the required competences’.

Crispin Passmore, executive director for policy at the SRA, said there had been ‘long-standing concerns’ over the quality of criminal advocacy, including concern from senior members of the judiciary.

Passmore did not say whether the research could mark a return of QASA, though he said the scheme could still be implemented. He added that the regulator was waiting to see what the MoJ do with its consultation into a similar scheme before deciding on next steps.

Under QASA, which was a joint proposal by the BSB, SRA and ILEX Professional Standards, criminal advocates would be obliged to apply for accreditation in order to get rights of audience at a higher level. Whether or not accreditation is approved would be based on assessments carried out by trial judges. Both the High Court and Court of Appeal threw out challenges to the scheme. The case then went to the Supreme Court, which also dismissed the appeal.

In 2015, the MoJ published consultation paper on the quality of criminal advocacy. The consultation closed in November of that year but the MoJ has yet to publish the outcome.

Passmore added: ’QASA could still be implemented but the research is about trying to get a sense of what the current perceptions of quality are and whether it is working. We will also be looking at youth courts and making sure the standards are high enough and that lawyers are not acting beyond their competence there.’

Will Richmond-Coggan, chair of the Solicitors Association of Higher Court Advocates, said the association has always welcomed measures to improve the quality of advocacy, 'provided that they are based on properly gathered evidence, and not just on a handful of partisan anecdotes (as the QASA scheme originally was)’.

He added: 'We confidently expect that any properly conducted research will reveal what we have always known: while there are a minority of barristers and solicitors practising beyond their capabilities, the vast majority of advocates in the criminal courts discharge their duties very capably, often in extremely difficult circumstances.’

Law Society president Joe Egan said judicial observations of advocates’ performance on any given day are 'far too subjective and are no substitute for methodologically robust research'.

He added: 'The Law Society is keen to support high quality advocacy by our members, for example through our Advocacy and the Vulnerable training. We will be happy to engage with the SRA on any other proposals they may have for maintaining high quality solicitor advocacy.'